Twitter, as we all know, is highly popular among bloggers and considered to be one of the major traffic sources for their blogs. There are some things to be considered if you wish to use Twitter in a long run.

According to a recent study on why Twitter users most often stop following various accounts on Twitter, it is because they have found that the majority of the time the content of that account’s feed to be too repetitive. 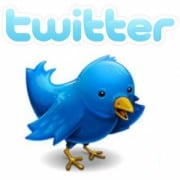 Let me say that again: those who repeat themselves on Twitter risk getting unfollowed! This study, a piece titled The Social Break-Up by ExactTarget and cotweet, examined causes behind Twitter users’ decisions to unfollow certain brands and other accounts. Although Twitter users are some of the most loyal social networkers, they are quick to unfollow accounts that displease them.

The Social Break-Up shows that the most commonly cited reason for unfollowing an account is because the “content became repetitive or boring over time.” Over 52% of the Twitter users the report studied gave that as the number one reason regarding why they unfollowed a brand on Twitter.

Basically, this confirms the idea that bloggers should avoid using Twitter as simply a way to provide an RSS feed for when they update their blog with new posts. Sure, through widgets that automatically Tweet the titles of your posts when they are published, you can keep your followers informed of your blog’s activity, but while the content on the blog changes, the content of the Twitter feed does not really change at all. Yes, the words in these Tweets change with each new post title, but it’s the same repeated type of content: an announcement that you have a new blog post!

READ
2 Strategies you can use to Increase Followers on Twitter

The report concludes with a quotation by a subject of the survey, Amanda, 31, Louisville, KY, who says, “I think each channel should be customized for that group of people, so that each group feels important. That way, a consumer can follow on Twitter, Facebook, and by email and not be overloaded with the same information.” So, basically, if you are a blogger who uses Twitter, you have to understand your fellow Twitter users before you can start connecting with them. What do they use Twitter for? How do they use it? It’s clearly a much different channel than your blog or your Facebook account, so how can you best link them up to use each channel to your advantage?

This article is written by Tara Miller. She regularly writes on the topics of psychology degree. If you wish to write for us, kindly check this.