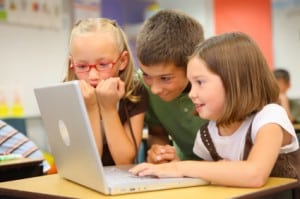 There’s a myth held by certain business personnel that social media is used mostly by kids and teens and that it has little potential as a platform for promotion for business. This cannot be farther from the truth because statistics speak otherwise. Below are four of the most popular social networking sites on the World Wide Web. Knowing the age groups that tend towards each social network is crucial to your social marketing strategy. And just looking at some of the numbers below will let you know that you do need a social marketing strategy. The statistics mentioned below are subjected to change.

Twitter is the second most popular social networking site. Given its simple interface, the communication of its users is succinct and effective at the same time. Users from the age brackets 25-44 and 45-54 account for more than 25% and 20% of Twitter’s user pool respectively. And only 20% Twitter users are under the age of 24.

LinkedIn is the third most widely used social networking site on the web. Given the purpose it is used for i.e. professional networking, it is obvious that it is not for kids. The average age of its users is 44 and this makes it count among social networking websites with the oldest populations. 30% of LinkedIn’s users fall under the age bracket of 35 to 44. 20% of them are between 45 to 54 years old and 15% are between the ages of 55 and 54.

Average Age of Users of the most Popular Social Networking Sites

Following are the average ages of the users of the most popular social networking sites. They have been arranged in an increasing order of the average age of their users.

These statistics have been considered by businesses to make sure that the market they are targeting on different social networking sites are actually there. The return on their investments has proved that not only are users of these present on the sites, they are responsive too.