What do the People FEEL about your Stock? 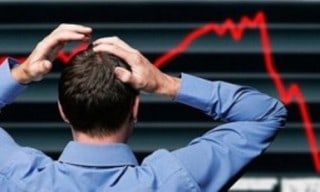 There is a reason you can not put out false information to artificially inflate or deflate the price of a stock – because it works. Stocks are votes of confidence in future earnings for a company. Stocks are owned by people, and people are anything but logical. They are easily manipulated, especially when mass hysteria hits. Take for instance this Twitter search for Facebook stock , here we can see what the masses think. Since Twitter is such a huge platform to diseminate information, it’s a an excellent barometer to gauge if people feel good about a stock, unsure, and the latest news swirling around it.

Currently you’ll see articles and comments about a sell off by a Facebook insider (it will of course change hourly, daily, monthly, yearly, etc):

Not only are major news outlets flooding Twitter with this information, but it’s being regurgitated by average investors. You can also see posts that Mobile is extremely closely tied to Facebook earnings. You won’t become an expert in finding information about stocks overnight, but in a few months the average Tweets might be leading up to a big gain, or something terrible for the company. Your goal is to understand people’s herd mentality and to make a decision based on their fears or hopes.

An obfuscated Picture means there is more uncertainty and more room for potential gains, and of course losses

Jim Cramer, host of the widely popular Mad Money series on CNBC has even admitted to manipulating stock prices to make a small fortune.

“What’s important when you are in that hedge fund mode is to not be doing anything that is remotely truthful, because the truth is so against your view – it is important to create a new truth to develop a fiction,” Cramer advises. “You can’t take any chances.”

The more volatile a market, the greater chances of success. Even during the great depression more people became millionares than ever before, as wealth was transferred from one class of people to another. Shorting a stock, or betting without knowledge could result in huge losses, and relying on bad credit personal loans to make up the difference when it comes time to pay the bills.

Armed with Knowledge You can Make an Informed Decision

Unless you are “long” on a stock, you need to know how average stock holder’s feel about their investment. Much like a poker player has to not focus on playing only his hand, but what others are doing, so should you look to Social Media and Twitter to reveal the truth behind the media spins. Best of all, you don’t have to chime in with a retweet, or create your own post on your view. You are simply observing and analyzing which means you are free and clear in the eyes of the SEC. More often than not you will be very late on any information given to the general public. It’s called insider trading for a reason, and you aren’t on the inside. Leveraging Twitter searches will not get you in on the ground level, but there is much action leading up to events and immediately after that Twitter does an excellent job of putting into perspective.

Social Media has not only given “us” the people a voice but allows others to hear their voice, and recognize what they are feeling and saying. By and large people will still be influenced by the major media outlets, so it’s important not to chase any red herrings that are simply the result of parroting, unless of course it begins to resonate with the average investor. There is a tipping point from idea to fact, and it has to deal with mass numbers believing something to be true or imminent. Your Twitter search awaits you. The future is trending, and it’s yours for the taking.

Matthew Anton is the COO of BacklinksVault and enjoys writing on a wide range of topics.