Suicide And Its Relation With Social Media: What Is It & What Can Be Done 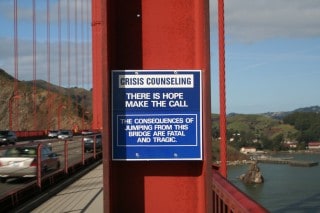 The above title may seem to be just a piece of news for many people but this is what is affecting many people around the world. Social Media which was born as a way to make people connect more efficiently has now been used by some people who have made it a conduit to various crimes around the world. The worst aspect of social media which I am talking about is not hacking or brute force attacks or anything like that, the worst is harassment and eventually death.

There have been mind-boggling cases in the last few months initially which began with a young girl named Amanda Todd who was brutally tortured to death by someone who continuously harassed her online. The worse aspect, he probably just did that for fun, and the worst aspect he is still living a free life, like anyone else. Amanda was sad enough but still had the courage to post her feelings online on YouTube where she told the world what she was going through and what perhaps many others may have gone through but she couldn’t control her pain anymore which led her to one of the most tragic decisions, suicide.

Well this is not only one case you hear about, another just happened a few days ago with a girl named Rahtaeh Parsons who again was a girl from Canada. Like normal people she also had normal dreams but what happened all of a sudden was she was sexually abused. Not this but this whole incident was recorded and broadcasted all over the world. Credits go to social media as the whole thing was streaming on various world-class server free of cost. The result led to brutal harassment and the worst result was the same here, suicide. This is not all, no one has been charged or arrested yet as the Canadian police are still thinking what to do next.

Not to blame only the Canadians for this or their law because the most recent one happened at California in the US. Once again a young teen named Audrey Pott went ahead with this dreadful step some of her photos were posted on Facebook that were too much embarrassing for her. Reports say that three people have been arrested till now.

I won’t interfere in the matter of law but there are a few things that I believe can be easily done by many of us which can really lead us to protect several lives all around the world because lets face it, every innocent life that is murdered by some of these people is like an angel being killed by a devils agent. For what I think is important for many of us to take into concern is :

This is the simplest of all. If a video clip depicting rape or any similar crime is online please lets stop watching it. If you think watching that is fun then let me tell you it’s not. Its something that adds some trouble to someones life who never imagined that something like this would ever happen to her/him. So this is the most simple thing to do.

Now comes the next step which is reporting the video clip as abuse or anything that is embarrassing.  I have done this many times on social networking sites such as Facebook and trust me that works. Social media entrepreneurs didn’t build websites for embarrassing people so if you report they will surely take this into concern and would act soon. If you find anything posted on YouTube or Vimeo or any online portal please report and get that piece of crap down as soon as possible. Also remember don’t make a big deal out of it by asking tons of people to report as things may turn the other way round. Just do it and/or ask a few of your friends to do it. This surely does help.

If you think there is someone who posts online the trouble that she/he is going through then please ask them to have some patience because everything can be OK. All you need to do is to make them realize is that they are not the victims or the losers instead the person who did this to them is the one who is wrong. By committing suicide they somehow prove something that is never the point to be proved. Try counseling in a peaceful manner, may be that helps. On the other hand if You think you can’t counsel then please bring the notice to concern of someone who is an expert.

Try volunteering for various organizations or related which are solely meant for the purpose of stopping teen suicide. You may get details from the many websites to learn more about how you can easily contribute and this is something that will help a lot. Also try to be part of events which are about these topics. Events may include rallies or discussions or shows, anything, just make sure you contribute. You can visit American Foundation For Suicide Prevention. Also read this Wikipedia article which may give you a little bit of idea about how you can make people to go ahead and help them.

Always remember, ups and downs are a part of life, but running away from it never helps. Stand there and face it, I’m sure that will make justice some day or the other.

I am a designer, artist and story teller. I love building products and over the last decade, I have built several for some of the worlds largest brands. I am also the creator of ThoughtPad - a privacy focused online writing tool & Axetue - an online community for techies.