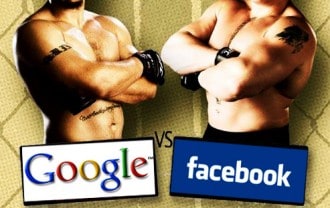 Transitabamos quite calm after the staging of the new algorithm Google, SEO all knew that the social was a reality and even thanked him, because in one way or another, allowed us to measure the specific gravity of the action on our social actions …. Finally!

Yes, social networks came in ripening but Google, who had his credit from past experiences and teachings (remember Buzz) and a thorough analysis of its direct competition (Facebook, Twitter and LinkedIn), had other plans; Google+ born and with it the revolution in Internet advertising and beyond…born the new Internet. Two fundamental aspects and totally related to the new economic, business and social development, to venture with the arrival of the cloud, and gradually goes to calling Google.

The exaltation of “I Am” and the new advertising focus as determinants in a social network that integrates the whole network and manages to beta test a recruit more than 20 million users. Simultaneously sees the best use of resources presents us with an advertisement in which the hyper segmentation associated with quality, central to the success.

Tandem formed by Adwords-Adsense and display advertising that makes Google the king of the network and all with the philosopher’s stone and content as a determinant of success. Content with social interaction, content with “tweets” with “like” and specifically with many +1, the quintessence of influence today.

Advertising is part of Google +, the 36% increase in profits for this concept entered the company in the last quarter, which exceeds turnover in this item Facebook during the previous year. The battle between social networks is more than evident and Google know which, if not make a move at this time Facebook’s growth would be unattainable.

The Google advertising integrated into a much more efficient for advertisers, Facebook must comply with the proceeds of their gaming platforms and Twitter should re-evaluate the ways in which to achieve its monetization and the bet is not sponsored by tweets seems to have been well received. Innovation transforms today publish a mandatory item and the time is shortened.

This week Google introduced a new tool that makes it easier AdWords ads, this is the AdWords Express, an improved advertising system that, arguably, the investments of advertisers you, but has not yet arrived from the United States, if we speak clearly the objectives of Google with its new bet.

If we add all the continued growth of Smart Phones and Tablets online constantly, it is not surprising that new advertising models, specifically location-based daily gain relevance.

With Google AdWords Express , positioning, management and contracting the space in relation to advertising, it is for Google to charge for every click that users make on ads. Google is thus transformed into the best SEO strategy of local SMEs, making an advertising model efficient, accessible and quality.

If we link this strength with the inclusion in Google Maps for local businesses, the efficiency of the new Google ads is more explicit. More than a reality: Google’s main strength the ability to integrate into a whole, if social networks, specifically Facebook, by its nature, does not begin to accommodate the type of advertising that are claiming the marks and the user will be as a satellite service of the new Internet (at best).