Befitting The # Tag Community : Can Facebook Count On It? 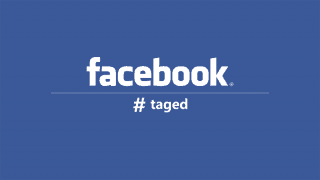 Facebook has now incorporated the famous community/same category search option # tag which already has a mighty roar on Twitter. People posting tweets with hash tags is a common and friendly process on twitter and believe it or not its damn popular. Its all about searching for topics that are hot in a community and opinion of people on that particular one. If you have a topic of special interest on Social Media and there exists a community of similar interests you can easily find the discussion with our dear # Tag. Though there is always a war of opinions on the floor that, is # tag really means to do what it was made to mean or its just a twitty habit? If not greatly working then why would Facebook adopt it?

Facebook is among the biggest players in the social media market and it studied # tag and its popularity on Twitter over the years. Now, by launching it Facebook just took a page out of the Twitter popularity guide and is ready to study and wonder, what part can # tag play in enhancing the popularity of Facebook. Its the best for those who have just begun with Facebook or are  low profile on network side and just need to find out communities of similar taste to enhance their social network and to regularly participate in sharing opinion on related topics under discussion. Facebook somehow felt lacking in providing a great user experience and hence tried it’s hands on hash tag. Just type your search with a # tag in the search bar and viola!

The Pound Symbol For What?

The real fun at Facebook starts with # tags as its a bait luring out new users into the pool of social network, to find particular discussion feeds and much more than what can be predicted. It pops up like Facebook was missing a link to feed people with gossips, latest buzzing news, trends, celebs etc. Twitter firstly started the trend of hash tag in 2007, but could only put life into those tags by providing links to it in 2009 when people started using # tags to relate tweets with communities, clubs, events, meetings etc. Later the Trends column on the left of Twitter page became a list of topics with # tag which eventually goes viral.

Not only Twitter but Tumblr, Instagram and Pinterest users have been using #tags for a long while now. For Facebook, it’s a new strategy to make it even more clingy to boost up the switching costs for its zillions of active users.I found an interesting one which looks like #Monday on twitter where people tweet and post about Monday and it’s a community there. How Facebook looks at is that it’s the easiest way to take a broader view on what are people talking about on the network. The hyperlink blows power into this tiny square with extended lines. Of course the privacy settings by Facebook will quash so that only the group of people chosen by a user will be able to see the posts. Hence, the search result with a #tag on Facebook will be a bit less than those on Twitter because it’ll get filtered through the settings unlike Twitter where people tend to have public accounts. Facebook definitely wants to capitalize on billions of likes and interactions on varied events like Oscars, Football Games, IPL etc

A lot to Achieve

Of all the queries the important question arises is, what’s the crucial point in doing so. The answer to that always ends up with the phrase “Attracting Investors”, definitely besides the fact that Facebook has improved. Here are some intimated facts –

All Good Things To Those Who Wait

According to Facebook this #tag roll out  is just the beginning of what can be worth billions. A lot has been changed here since the advent of hashtags and this won’t stop but continue with benefits coming out like paper bombs for advertisers and marketers. Though this roll out was surfaced to give a direction to relevant conversations on Facebook but the ultimate goal sounds even more promising for marketers and advertisers. This is when they gradually find out the real role of #tags is their Facebook advertising strategies to achieve their business objectives.

Yes, Facebook is confident with Hash tags to work for it with great feedback and it is counting on this little fella to drive more users and taking itself and advertisers to the boulevard of new achievements. So, as per Facebook, just use it, embrace it and watch it grow over time.

Surabhi is a mad head writer with an eye for detail. ..Currently a content strategist with Msg91 and writes about SMS Marketing, Social Media, technology and more at +msg91. She loves reading and then writing down her opinion. She has a point of view always with a different approach. Originality is her mantra which makes content coming out of her..