Born On The Platform: How YouTube Creates Experts Out of Amateurs 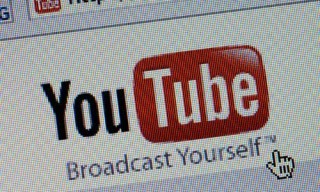 A scene in Twain’s The Prince and the Pauper depicts both boys, visually identical, peering in the mirror, marvelling at the apparent absence of difference. Today, YouTube serves as such a lens, providing a platform for today’s amateurs to place videos adjacent to those of established stars. Some amateurs, no longer ‘unknown,’ use YouTube to immense success; some amateurs outperform established stars regarding metrics such as shares and views.

YouTube creates experts out of amateurs, and here are tidbits on how the latter party helps the process along.

People aren’t grabbing camcorders and hand cams (just) for fun or conjuring mini vids to send to friends and family members. Some of the more popular amateurs are making a serious income from using YouTube’s partner program, where advertisers get placement on popular videos and channels.

One such popular video blogger, with 125,000 subscribers (subscribers get alerts or emails about new videos upon publish) and millions of views per month, is estimated to receive around $4,000 each month for engagement.  (YouTube and the actual blogger declines to mention specifics, a term understood in the Partner Program contract.)

The above YouTube ‘star’ was a contestant and winner in YouTube’s ‘Next Up’ event, accelerating the growth of future YouTube stars.  If it’s mere PR for Google, the world’s most-popular search engine provider in addition to producer of a treasure chest of products and services, it’s working well, creating marketers out of a growing and excited army of users.  Whether, ‘real’ professionals give YouTube’s critique or its stars any credibility is a question, but to those previously unknown amateur ‘stars,’ the experience feels very real.  Next Up provides four days of professional training in New York along with a $35,000 prize (very palpable, indeed).

Born on the Platform

Google, taking ownership of YouTube in 2007, hosts 72 hours of uploaded information each minute, astounding numbers considering video camcorders did not exist decades ago.  With technology and products come platforms and new opportunities for today’s amateurs.  All it takes is a dose of courage and thousands to millions of interesting and invested fans.  As judges of YouTube’s contest use as a metric, the amount of traffic coming to a video speaks volumes about the amateur’s ability to stir and entertain a capricious but fair public.

Being ‘born’ on YouTube’s platform is not far deviated from amateur-to-star trajectories taking place on mainstream television. Shows like American Idol proved to producers and the world that people have an immense interest in amateur talent, and, as always, people love a rags to riches story.  One winner of YouTube’s contest formerly lived at his parent’s house, an admitted ‘college dropout.’  The platform’s opportunity changed his life and the way he thinks about himself.

As a number of online platforms encourage authors to ‘self publish,’ YouTube urges amateurs and pros alike use its resources to become the world’s next recognizable face and personality.

YouTube’s uploading platform makes it easy even for people without editing software to make their videos more appealing and professional, offering features like noise reduction and video stabilization. Video downloading software like YTD allows performers to download and convert videos for use on their devices for practicing and perfecting their art. Little resources and next to nothing investments are needed to become a video star in today’s connected world.  Who’s next?