Will Samsung Be The new Nokia? [FACTS]

When was the last time you heard of something new and exciting from Nokia. In last 6 months only talk worthy and successful mobile launched by Nokia is, Nokia N8. Nokia has been really slow in addressing market requirements and new handsets and innovation has been rare.

Result: Nokia is losing its market share in each and every geography and market segment.

On the other hand, Samsung has been clearly gaining market share as well as mind share in all geographies and market segments. Some of the key reasons for Samsung’s success are Innovation in mobile technology, catching market trends early and serving them well. 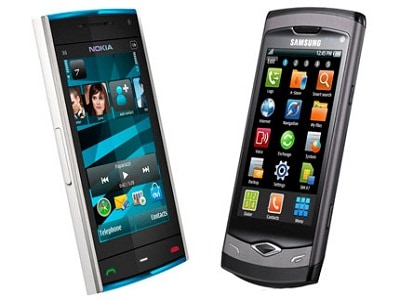 Following is an analysis of where Nokia and Samsung stand with respect to different segments:

Nokia just has 1 decent popular phone in this segment – Nokia N8. While Nokia N8 has got good reviews about its hardware, it has been criticized for its software / OS, as being outdated. Samsung in general has won accolades from both critics and public for its range of top end smart phones.

Tablets are in fashion now after the success of iPad. While Nokia is still working since ages on its Meego platform for tables, Samsung has taken the lead here and launched Samsung Galaxy Tab. It has been well received in the markets across the world.

Nokia has some good midrange phones available like Nokia C6, Nokia C5, and Nokia E5 etc. These are good Symbian devices and do their job well.

Samsung has also been able to create a good buzz in this segment with its mid-range galaxy series and Corby series phones.

Winner: Tie. Both Samsung and Nokia have good range of phones in this segment.

Winner: Tie. Both Samsung and Nokia have good range of phones in this segment.

Samsung is clearly a winner here. It has many good dual sim phones across entry-level and mid range phones. Nokia just has a couple of dual sim phones.

CDMA Phones also have a good market base. Nokia has very few CDMA phones available in the market. On the other hand Samsung has many options in CDMA segment. It also has tie ups with CDMA service providers like Reliance and Tata Indicom.

How Samsung is changing the game?

Will Samsung be the new Nokia?

From Samsung’s 10% market share to Nokia’s 36% market share, it’s still a tough task, but if one company that can challenge Nokia, it’s got be Samsung.

This article is written by Sulakshan. He is running a price comparison engine for books and mobile phones – MySmartPrice.com.

Other Interesting Articles From Nokia