Why Tumblr Is A Win-Win Platform For SEO

Everyone has heard of Facebook and Twitter, but for some reason Tumblr is often overlooked. However, if you are looking to promote content online, you need to start taking more notice of Tumblr because there are loads of SEO benefits in using Tumblr as a Social Media platform.

How Does Tumblr Work? 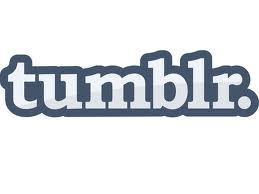 Tumblr is basically a vast hosted blogging platform, but what makes it different from Facebook and Twitter is that the majority of Tumblr users are 25 and under. There are currently around 130 million blogs hosted on Tumblr, which is nearly twice as many on WordPress. Tumblr also boasts a lot of web traffic—the site has around 300 million visitors every month, which equates to 15% of all Internet users.

What Are the Benefits of Using Tumblr?

The uniqueness of Tumblr is what makes is so powerful from an SEO perspective. Although the site is built around a blogging platform, it allows users to like each other’s posts and contents and to follow other Tumblr blogs. This means Tumblr has masses of potential.

You can post all kinds of content on Tumblr, but there are some types of content that do better than others. Photos, illustrations, quotes, memes and animations are the most popular postings on Tumblr and if you can come up with some hilarious memes or a silly animated GIF, you are well on the way to enjoying viral exposure. If you aren’t sure about what type of stuff to post, spend time browsing through other Tumblr blogs or perform a few hashtag searches for keywords in your niche. That should give you a few ideas about what might work.

The best way to make Tumblr work for you is to post content on a consistent basis. The more engaging content you post, the more Tumblr followers you will attract, and of course the more backlinks you can build back to your website. It is also a great place to promote a brand and top quality content. So make sure you start using Tumblr today for it really is a win-win strategy.