The Most Unfortunate Selfies That Were Ever Tweeted 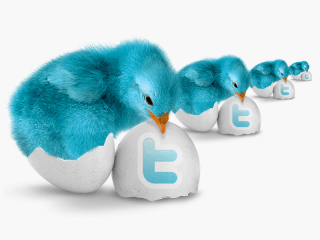 Ahhh selfies. The social media-driven phenomenon of taking a picture of yourself, usually with the intent of sending it as a snapchat, uploading to Facebook, or tweeting it to your followers. Common characteristics of a selfie include: duck lips, looking away from the camera, and bug eyes. Some would argue that selfies are even worse than the overwhelming abundance of TMI tweets flying around out in cyberspace. While some TMI tweets consist of worthless, yet harmless information like “look at my bagel!” or “just took a shower” some Twitter users actually use this social media platform to broadcast their criminal activity. Don’t they follow companies like Instant Checkmate? If they did, they’d know that organizations like police departments and background check companies are just waiting for criminals to slip up so they will get caught.

Even though selfies have become the butt of every joke for the social media snobbery elite, in the right context, selfies can be cute, endearing, and even sweet. Some appropriate selfie moments include, snapping a photo of yourself after a new haircut, taking a picture of you and your bestie hanging at the beach, or even sneaking a quick pic of you and your boo all dressed up for a night out on the town. In these special moments, a selfie is totally justified so feel free to snap away (without the duck face please).

However, selfie culture has taken a dark and disturbing turn. Grown a@% men are taking d#$% pics, criminals are blasting photos of their crimes, celebrities are going off the deep end, and it’s all being documented in the form of shameless selfies.

While these certainly aren’t representative of every selfie that should never have existed, these are truly some of the worst. Here are five of the most unfortunate selfies that anyone even tweeted.

First of all, if you’re a politician with white house aspirations and your last name is WEINER, you’ve already got an uphill battle ahead of you. You’d think that someone like this would be extra careful to keep the public’s attention far away from his—you know. Instead, the congressman tweeted a picture of his penis to all his followers. Needless to say, the pictures instantly went viral, Weiner’s career as a politician was pretty much over, and the whole scandal was awesomely dubbed “Weinergate” by Gawker.

In a strange night in celeb land, Amanda Bynes tweeted a slew of selfies with descriptions like, “<3 my turban!” and “SoCks” with a dark, obscured picture she took of herself wearing socks with high heels. If you ever want to view a collection of selfies that simultaneously makes you feel uncomfortable and intrigued, check out Amanda Bynes on Twitter. It’s pretty. . . awkward. Some folks are even copying her selfies for comedic effect.

Didn’t folks in the public eye learn their lessons from Weiner’s ordeal? Here’s a tip for famous people who use Twitter—If you’re home and you’re drunk/in a weird mood/horny/don’t have clothes on STAY AWAY FROM SOCIAL MEDIA! Poorly thought out selfie tweeting can only end in disaster for you, and your career. Rivera (who is 70 years old) tweeted “70 is the new 50” Yup, even an esteemed, highly regarded journalism can fall victim to the bathroom selfie spell. His excuse for posting the photo? He was drunk on tequila. Of course.

We all have super-charged moments of self-confidence from time to time, which is great. Enjoy those times where you catch a glimpse of yourself getting out of shower and think “damn I look good.” Think that all you want, but don’t reach for your cell phone and snap an inappropriate photo of yourself in the bathroom mirror and post it online. The selfie siren call is tempting, but try to show some restraint.