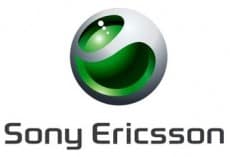 Symbian OS is one of Nokia’s mobile operating systems for mobile devices and smartphones, with associated libraries, user interface, frameworks and reference implementations of common tools, originally developed by Symbian Ltd (via Wikipedia).

Quite recently, Aldo Liguori, a spokesman for Sony Ericsson informed Bloomberg, said that they have no plans for developing any new products to the Symbian Foundation standard or operating system. As of now, Nokia is the only major manufacturer that will continue using Symbian on high-end devices now. Not to mention, recently Nokia launched three new Symbian Phones.

“Android is definitely our focus, but we have not given up on Microsoft’s Windows Mobile operating system, although it had a bit slow to take off. But Windows 7 Phone is on the roadmap. However, we have at present no plans for new products with Symbian.”

What’s your take on this? Symbian vs Android? Will Sony contribute to Symbian community? Please share your opinions below.

Other Interesting Articles From Android • Technology