Why The Google Penguin Update Is Good For SEO? 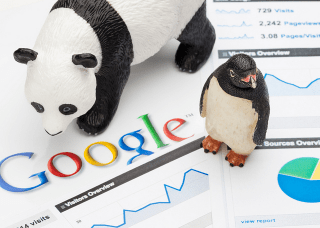 Search Engine Optimization (SEO) has been more of a debacle than a battlefield over the past decade since everyone wishes to be numero uno in Google – a feat that one million businesses are willing to tackle at any price or unethical practice. That is, magically, until Google Penguin came trotting down seemingly from nowhere and, in the middle of the night, whacked 1/3 of the internet’s websites for plagiarized content. That June evening changed the world forever and many have Navneet Panda – the engineering guru behind the mass content sweep – to thank for the dubious honors.

Webmasters wept. Amazon was affected, too. And the scramble back to the SEO drawing board ensued. To many, SEO would now be either costly, or impossible. To the sensible few who understand true optimization efforts fall into the hands of authoritative websites, SEO just became easier than ever.

We now tackle the exploratory, and positivity, behind the Penguin thrashing and how SEM professionals can now benefit from content and link farms’ penalization, and what to expect when Penguin’s close cousin, Google Panda, comes back to sweep again.

Verbiage chauvinists who believe spun content in mass quantities will win authoritative love have now been put in place.  Using LSI (latent semantic indexing) for content creation, implementing keyword co-occurrences for algorithmic synchronicity and making sure keywords are adequately used without spamming can now resonate as it should thanks to closer algorithmic inspection of content across domains, site pages and the likes. Provided your content is date stamped or indexed first through the search engines, anyone now copying even a sentence of your precious voice will be penalized heavily since Google can now detect writing styles better than before.  Mixed with socialization, visitor saturation and internal linking, and the content that used to rank behind content farms will now rise above, allowing natural organic rankings to erupt as Google originally intended to happen.

Remember when people flocked to print versions of WSJ, NYT, Washington Post or Chicago Tribune because of excellent content? That trend is now prevalent once again in our digitally competitive generation which now makes the scramble for innovative, edgy, demented or even hysterical content production more exciting than before, especially since LSI and semantic connectivity are becoming more popularly used by intelligent freelance writing professionals across the globe.

Backlinks Can Be Rewarded

Trickery in the form of FFA (Free for all) link farms, automated link building and comment links have plagued ethical SEM professionals for years since it takes away from natural backlinking which is what is considered ‘gold’ to any business or blog. Now that comment spam and automated links are scoffed, article production can commence without interruption, allowing other websites who share your affinity, or simply appreciate your work, to naturally link your content to theirs. To put bluntly, if you’re spending your time writing 1 article twenty different ways, you’ll never receive naturalization in reciprocal links; should you spend the time and effort to construct how-to’s, top “x” articles or nifty infographics, you’ll become noticed tenfold in post-Penguin algorithmic standards.

Aside from daily SEO activities, another headache that search engine professionals must contend with is the ever changing world of ethical and plausible marketing standards. Throw reputation management and Social Media into the mix, and it literally takes two men, or more, to correctly optimize websites, even post-Penguin. Now throw millions of renegade link builders who perceive old school ways still to work, or uniquely twisting the new Penguin update to their favor, and building honest content sites for clients becomes more than most can handle. Thanks to this update, and the many ensuing updates expected before the year’s end, honesty can prevail once again when link building comes across the plates of professionals. Productivity can increase, better content can be produced and natural attraction of websites can continue to thrive while placing keyword-rich websites in the order they deserve to be in. Finally, Google engineers have become levelheaded in their approach towards favoring hard work instead of unnatural link strength as days before.

All told, every business can now receive their fair shake when spending hard-earned or invested dollars into marketing campaigns that used to go bust.

Much like the song depicted in the heading, ‘Kilroy’ was an innovation – and center of controversy – during an era the Japanese were experimenting with cybernetics. The fear loomed that it would take over humanity, much in the same manner Google began taking over websites through inaccurate crawling mechanisms. Now that Mr. Navneet decided to favor humans again, naturally created links, content, and crawler methodologies are hitting on all cylinders, meaning correctly optimized content, social media integration and website engagement will be the naturally authoritative and elusive ranking factors instead of who has the most links, keywords and inflated traffic counters. When machines finally become more adept to human understanding, the learning curve increases while chicaneries performed by illegitimate link builders decrease dramatically, making the SEO playground fair and more humanlike. Chalk one up for the human genome, SEM pros.

If you’ve ever visited a website where the content seemed spun, poorly written or popups plague your monitor, you can thank those illicit link baiters and content farmers who believed they’d draw visitor engagement through basically throwing up websites overnight and building massive comment links to boost popularity. This made search engine pros fight twice as hard to keep visitor engagement on their own sites. Since these poorly scripted sites will now become meaningless, bounce rates can be reduced and make reading, concurring with and acting upon analytical data more simplistic than days of old. Efforts can slow down, saving companies money in maintaining expensive AdWords accounts which were necessary pre-Penguin.

2) Because 500 renegade link builders are stuffed into an office forcing lower costing keywords to increase in value.

Since nobody really want to try ranking for “cat” or “boat” anymore with Wikipedia being number one for virtually every definition, long tail keywords were beginning to inflate beyond affordability pre-Penguin. Now that many link skyrocketing tactics have been partially shut down or completely ameliorated, prices per click are again falling back into the ethical businessmen’s favor, making SEO budgets easier to control and afford.

Although we’re not fully abreast in our fight for SEO equality, the Panda-Penguin tandem has evolved to create barriers against optimization foolery. There is still plenty of fighting, tweaking, crawling and content realization to make the professional SEM’s work much easier while fighting back practices that have previously harmed ethical businesses that’d spend thousands monthly to rank their perfect content and gently used keywords. Sure, many updates are sure to come, more websites will feel claps of proverbial ranking thunder resonate through their illegitimate practices and keyword prices will surely drop; for now, however, we’ll praise the efforts of Navneet and enjoy the SEM good life for now. That is, however, until the new ranking irrationalities are unleashed by money thirsty marketing bandits.

This article is written by Tim Wilson. He works as content manager at HostPapa, a website hosting company serving over 100,000 customers around the world.