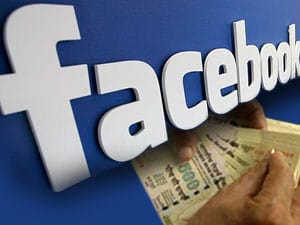 Although Social Networking Sites are a huge arena where people interact, share and do business. Now many side effects are coming into the limelight. The largest social networking media platform, Facebook, has nearly billion users and as a matter of fact, besides having the minimum age limit of 13 years it has many users with fake information and are below the age limit. These youngsters now have been addicted to this website and are coming under the influence of gambling.

Aren’t you surprised? Yes the games like Las Vegas-style casino are intensely played on the Facebook, and especially when it comes to children they get thrilled by hitting the virtual coins in the jackpot by slot machine or roulette games. Researchers say that children are now spending more time on Facebook rather than studies or any other productive work. Learn why Facebook is so Addictive.

Probably Mark Zuckerberg has smelled these things and has been investing in scores of such games like DoubleDown casino, JackPotJoy, Poker games, SlotoMania. Some of the games provide Facebook a large number of revenue such as Zynga that decides around 12% revenue, yet the other game which you can’t leave behind in the race is Farmville.

The basic idea that captures the mind of a teenager is that these games are harmless. They keep playing these games for hours on their mobile phones and computers.

But actually these games create lust of money in the corner of their minds. As stated earlier, there are million of users who are below the age limit of registration which is 18. Surprisingly, millions of users are even below the age of 13 and when these tender heart youngsters play such gambling games they become emotional attached to it.

A professor says that he is quite upset by seeing the mood shifts of his daughter while gaining and losing virtual money on the virtual jackpot. The problem starts when it comes to long lasting risks of becoming habitual gamblers. These kids, who play so much of gambling games, might easily get into the real life gambling and throw themselves into a pool of problems.

Just after a couple of years, when they complete their 18 years, they would feel like experimenting with the real coins. Since, they tried so much of gambling in the virtual world  so they are likely to get addicted even in the real world, and to get those real coins, they might just run into any of criminal activities.

As defined by the Gambling commission, gambling is a game of winning and losing, and on social networking sites these games are free, which youngster can enjoy wholeheartedly. However, this is a trick initially kept free but after sometimes, they charge you to enjoy the uninterrupted gambling passion.

Why It’s Still There?

When it comes to business, Facebook is making great deal of money by having 30% share on the total virtual money sold. They are even looking for the real gambling games in near future to generate new revenue sources. The figures speak the picture of why Facebook is promoting such games.

The website has around 82% profit from the stock of 640 Sterling Pound floating in the market. This intense profit compelled Facebook authorities to get in touch with twenty more companies and has millions of users playing them. The recent decision of converting the virtual money into the real money is a matter of concern. However, the gambling commission is giving a hard thought over it.

MOST USEFUL: 5 Tips To Free Yourself From Facebook Addiction

Hursh Gupta is a budding Entrepreneur . He is the owner of Teckilla Which empower the world by latest technology & social-media. He also write about Android Gadgets there. Subscribe him on Facebook or Follow him on Twitter or Add him in your circles at Google+