The power of Social Media is something that most bloggers are beginning to experience. They can get you huge influx of traffic to your site and set up a good momentum with your email list building and affiliate sales. Twitter has exploded as one of the most powerful marketing tools that are available today. And most bloggers cannot get enough of Twitter! With the rising recognition of the fact that Twitter followers can in fact be a source of lot of money to be made everyone is trying to get as many followers as possible. There are many sites to make money with Twitter. 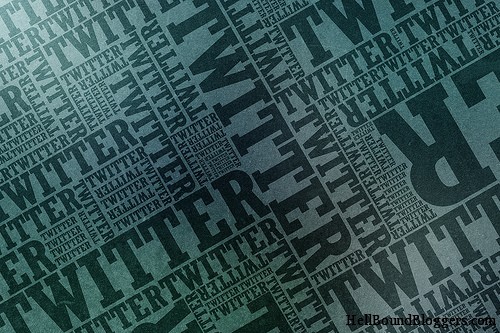 Along with this came the unhealthy obsession of mass following users (Learn why people unfollow). This trend is so negative that you are actually pulling yourself backward in your blogging career instead of moving forward. When you mass follow people, you are basically defeating the purpose of followers. On the internet today, there are a lot of sites which allows a person to mass follow thousands of users at a click of a button. The blogger is incorrectly motivated by the fact that by mass following users there will be a lot of follow-backs which will result in a huge number of followers.

But think again, do you really think that these users who follow you back give a damn about your tweets? In fact, many of the users in mass follow lists have set themselves to auto-follow back. This means when you follow them, they will automatically follow you back. They do not even see for themselves who they are following. Of course, many users who follow you may also be spam accounts. Mass following also results in users who are hardly related to your field or the niche topics that you tweet about.

So have you not defeated the initial purpose of following? You mass followed users because you required followers who actually read your tweets and are interested about the links that you tweet. But when you mass follow, you follow users who hardly care about who follows them or who they follow back. All you end up is getting a lot of spam links on your Twitter homepage posted by the spam users you follow. You have affected yourself negatively and wasted a lot of time that yield no benefit. This is why you should prefer to go for natural growth of Twitter followers. Do not be obsessed with the number of followers you have. Having ten followers who genuinely follow you on Twitter is better than if you have a thousand followers who don’t read your tweets and simply spam. There are countless spam users on Twitter. Having a huge number of followers will not make you or your blog a social media power-house. But a huge number of followers who actually follow you can make your blogging career exponentially grow.

To achieve a natural growth in your Twitter followers, where real people read your tweets and visit your links you can promote your Twitter handle on your blog, on places where you guest post and on various other social networks like Facebook etc. But never be obsessed with mass following users.

Vivek Krishnan is a young blogger, engineer and an entrepreneur. He maintains his own blog CollegeFallOut that provides advice and inspiration for internet entrepreneurs and their internet business.