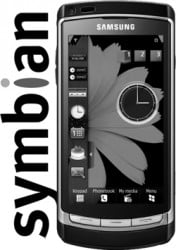 Samsung officially announced that they will discontinue its Symbian support service beginning December 31 2010. They informed all their developers regarding this and they would remove all Symbian content by year’s end. Earlier Sony Ericsson declared that they are going to use Android & Windows Phone 7 and going to quit Symbian Platform.

People this is not a big deal since Samsung has recently focused more on manufacturing Android-based devices. For example Galaxy S and also they are concentrating on their own mobile platform, bada. Samsung’s upcoming tablet, Samsung Galaxy tab is also powered by Android. Even Nokia once said they will use Symbian only for their cheap phones and pursue MeeGo for the N-Series.

Though Symbian is one of the widely used platforms, it is still having big problems from Android and other platforms. Symbians fans hopes the next two iterations of the OS which includes Symbian^3 and Symbian^4, would bring some significant improvements and make good changes.

Though Nokia supports Symbian as of now, we can’t expect this to be permanent. What will be the future of Symbian? Share your opinions below as comments.