Below I mentioned some of the new features of Google Chrome 5. 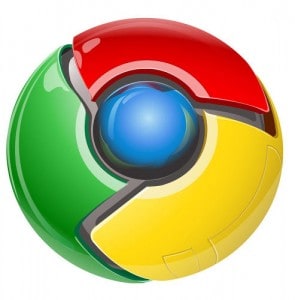 1. Aero Peek in Chrome : Now Chrome will have support for a Windows 7 feature called Aero Peek. If you hover over the Chrome icon in the taskbar you can see previews for all the open tabs in the taskbar.

2. Geolocation API : Geolocation lets the browser inform a Website of the user’s location if the permission is give by the user. It is one of the better-settled elements of HTML5.

3. Extensions : The great part is, with Chrome 5, all three operating systems Google supports will get extensions. It has some new browser interfaces and programmers can expand the power of extensions. Extensions allow others customize the browser’s feature.

5. Built-in Flash : Chrome 5 is also believed to have built-in version of Adobe Systems’ Flash Player. It also includes the next beta version of Flash Player 10.1.

6. WebGL : Chrome 4 also had this feature, but in order to use, users had to disable a security feature called the sandbox. Now Google Chrome 5 gets WebGL support within the sandbox.

7. Form AutoFill : It is similar to Google Toolbar. This version of Google Chrome now allows you to set up profiles and Credit cards details which you can then use to fill out long forms easily. You can also add profiles. To enable or disable the AutoFill settings visit Options | Personal Stuff.

10. Jump Lists : Like Aero Peek, this is also another feature of Windows 7. Jump Lists provides a menu of actions which people can take when they click on the Chrome menu item.

11. PDF Support : Along with Flash, Chrome 5 is also believed to have great PDF support, which arrives as an internal plug-in.

Do you know any other new features of Chrome 5? Please share it in the comments.. I love it! 😀

Other Interesting Articles From Chrome • Google