MacX Video Converter Pro – Why do we need video converter?

Videos exist in hundreds of different formats and various codecs turn that number into the thousands, not to mention the combination with different media devices on the market, which will only leave you feeling even more confused. If you simply want to put some videos in your smartphone and play them correctly but there are files in MP4, AVI, MPEG, WMV, QT, FLV, MKV, VOB etc, this would be too much for you if you cannot even tell the difference between AVI and MP4 for example. And that’s where video converter comes in. 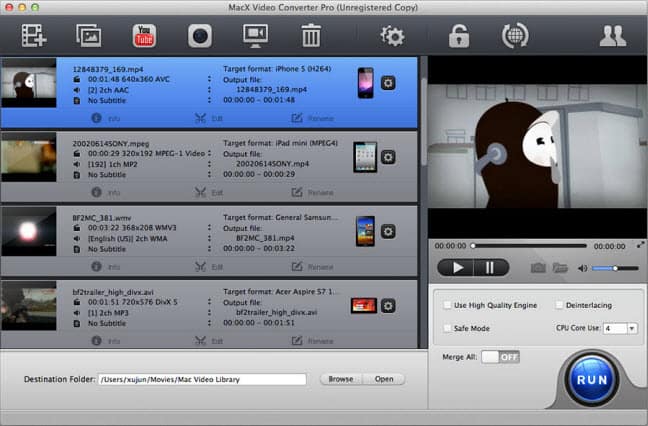 Video converters allow you to convert various video formats into the compatible format based on your devices even if you have no idea of video format stuff. However, not all the video converters work equally well. You may get depressed by the somewhat undeserved performance of those applications which claim to convert videos easily. There is a video converter for Mac goes with the name MacX Video Converter Pro which has all the right features you need in one right package.

MacX Video Converter Pro is a video converter specifically designed for Mac users to convert all standard and HD videos for playback on various portable phones and tablets.

Video converting: As the basis functionality of all the video converter, this video converter for Mac does a good job in converting videos. Built in 20+ video and 50+ audio codecs, it can convert any video to 180+ video formats including AVI, MPEG, MP4, WMV, MOV, FLV and 14+ popular audio formats such as MP3, WAV, FLAC, ALAC, etc for playback on iPhone 5, iPad Mini, Samsung Galaxy S4, HTC One, Nokia 920, Kindle Fire, Surface, PSP, etc with 32x faster and no quality loss.

YouTube Downloading: This Mac video converter gets popular as it does much more than just converting videos. To download online videos from popular video sharing sites such as YouTube is another highlight. By simply coping and pasting the address of a video or MV you like from the video site YouTube, MacX Video Converter Pro will download the video and convert it into the format you need in minutes. You can enjoy those funny videos offline without limitations. 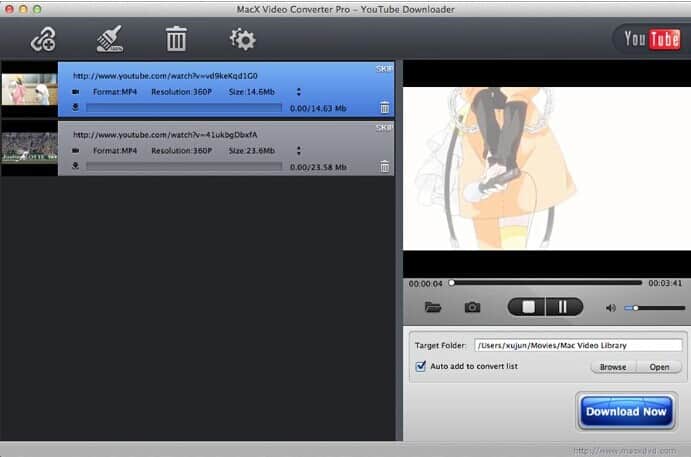 Screen Recording: MacX Video Converter Pro features screen recorder which allows you to capture anything taking place on the Mac screen. It is all at your fingertip to record a game walkthrough or a tutorial for uploading to Facebook, YouTube and blog. Or you can simply capture any video from non-downloadable websites with the help of MacX Video Converter Pro to play them on your iPhone, iPad and Android offline.

The reason for iPhone’s success is that it dose everything users expect from a smartphone and does well. MacX Video Converter Pro is exactly the “iPhone” among the league of video converters for Mac. In addition to the above useful functions, it allows you to further customize your output video with advance parameters like trimming, getting rid of black bars, splitting and merging videos into new one, adding watermark and subtitles etc. What’ more, you can also make your own slideshow with your photos and share it with your friends.

There do exist video converters among which some offer the ability to perform online videos downloading and batch conversions, others the ability to do some basic edits and add video effects, or allow you to change the simple video parameters or add watermarks, but this mac-based video converter get them all in one.

Rather than settling for those video converters falling short of the reality, why not try this multifunctional and reliable video converter for Mac which is available 50% off now at http://www.macxdvd.com/special-offer/.