Programming Languages To Learn For A Career In Web 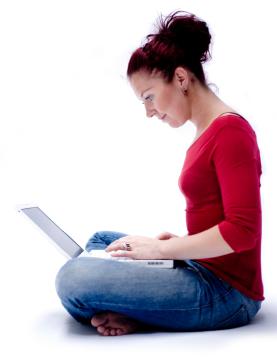 HTML is the backbone for all the webpages. Using HTML you can control the layout and design of your webpages. The main advantage in HTML when compared with other languages is, HTML is easy to learn and simple to use. HTML is a text and image formatting language.

CSS is a style sheet language written in Markup language. It is often quoted as HTML’s sister language. CSS adds style to webpages. Make your HTML programs error-free for better usage of CSS. CSS is used to style web pages written in HTML and XHTML. HTML and CSS creates the formula used to derive a website.

JavaScript is one of the popular programming language. Without a JavaScript, no website is 100% alive. JavaScript is a client-side scripting language, which is normally easy to learn. It is used for the development of dynamic websites. Old names of JavaScript were Mocha and LiveScript.

PHP is a popular general purpose server-side scripting language. Being free and open soucre adds more advantages to it. If you are going to jump in Web Applications field, you better learn this language first. It is commonly used to produce dynamic webpages

SQL is not a programming language indeed, but it is a kind of language that helps users to access data from a database. All the websites require databases. For example, WordPress. SQL is a database computer language. The most common operation in SQL is the query.

CFML is a scripting language and webpage markup language. It is commonly used by Adobe ColdFusion and Blue Dragon. CFML is used to access databases and create webpages. ColdFusion tags are embedded in HTML files. Files created using CFML are saved with a “.cfm” extension.

JSP use Java as the server-side programming language for creating dynamic websites. This will be helpful when you are learning Java. JSP is used to develop dynamically generated web pages. JSP technology is also referred as the Servlet application program interface (API).

I’m a poor learner in C and C++, but familiar with HTML and CSS. Don’t keep a full stop, learn as many languages as possible. It helps in your career and also in college ! 😀 Currently I’m learning PHP. So how many languages you know ? Be Genuine ! 😉