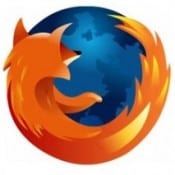 Mozilla recently announced the launch of Mozilla Firefox 4 Beta for mobiles. It was formerly code named “Fennec”. This beta (as of now) is available for some Nokia phones (like N900) and devices running Android OS (2.0 or later). Hard luck for Apple iPhone users.

Mozilla said this mobile-based browser has the same technology platform as Firefox 4 for desktop computers, just optimized for browsing on a mobile device. This browser has features like syncing, add-ons and the Awesome Bar.

This browser is till in beta stages and some main features would be missing. You can expect updates before the final version is announced. Firefox 4 beta for mobile is now available to download and test.

Firefox 4 Beta includes Firefox Sync to create a seamless Web browsing experience between desktop and mobile. With Firefox Sync, you can take your browsing history, bookmarks, tabs, passwords and form-fill data with you anywhere so you never have to retype passwords or long URLs again.

Will Mozilla Firefox make a deal with Blackberry? Are you using iPhone and this ‘not available for iPhone’ thing makes you feel bad? Share your views as comments below.