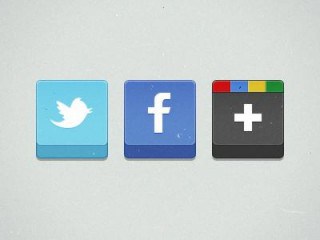 Google Plus has definitely changed the way we interact and it happens to be a multilingual social networking website operated by Google. Google has gone ahead and given Google Plus as a different social layer. On the other hand Twitter happens to be social networking as well micro blogging service where one can read and send text based messages up to 140 characters. All said and done, from the blogger’s perspective the obvious choice has to be
Facebook.

Historically Facebook was launched way back in 2004 and happens to be one of the oldest social networking websites. Other than this the domain has close to one billion active users and people from all generations can use it. Lot of advantages can be associated with using Facebook as in the world of today as people tend to consider it as a part and facet of. Lot of reasons could be attributed to it which are depicted below.

One can share pictures as well as videos and ask for the opinion of their close ones. The greatest advantage of it is that one can control what and how much information they want to share with others.

One can always chat with their friends on the move. It comes as a small chatting application which users can use and chat. The popularity of the social networking too has evolved to such an extent in recent times is that it has become part of meetings as well as group decisions.

From the business perspective, one can promote their business through this social tool. It narrows down your target base and it could be more centred on the basis of the geographical location as well as interests. In addition to this the customized advertisements tend to be cost effective as well

There is no second thoughts to the fact that this social tool is the best form of entertainment. In fact it provides tons of gaming as well as other applications. Such is the popularity of Facebook that some people tend to use it to play games only. The entertainment is not restricted to games, but they are a host of other applications which the users could enjoy as well. Some of them could be photo editing as well as horoscope

Since most of the people in the world of today have Facebook accounts the chances are bright were one might catch up with an old buddy of theirs. There is a feature in this social tool where one can find someone with their names or their mail ids. So on all counts it improves connections.

From the above analysis it is quite obvious that Facebook is a social networking tool which is a one stop hub for entertainment, sharing of information as well as communication. It is the most popular form and one might not find anything close to it in terms of features. Do let me know which one you prefer for your online Business and Blogging?

Amit Shaw is the founder of iTechCode, Technoinsta and Many other Blogs, In short – Online Entrepreneur, Internet Marketer.