Yahoo finally released the new beta version of their most popular Instant Messaging Software — Yahoo Messenger. This new beta version allows you to play games with friends including several popular ones from Zynga. Yahoo! Messenger is an instant messaging client and associated protocol provided by Yahoo! 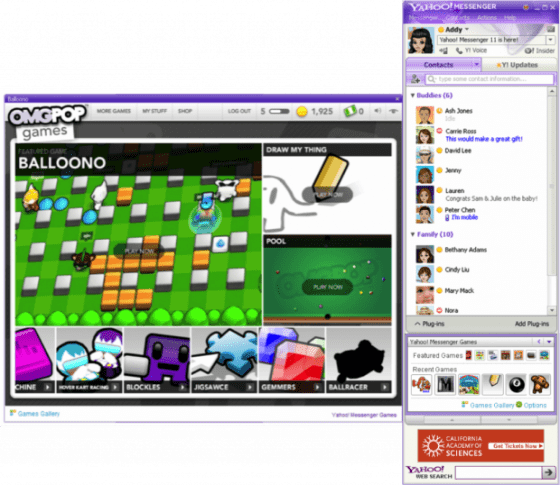 Yahoo recently partnered with Zynga to bring their popular Farmville game to Yahoo Network. This beta version will also contain other popular games of Zynga such as Fishville and Mafia Wars. You can also manage all your social networks (including Twitter and Facebook) from one place.

Other Interesting Articles From Yahoo