Yahoo!, one of the most popular search engines, launched a cool zombie game that teaches the principles of economics. The game is called Shambling Hordes, and it was developed by the team from Yahoo! Labs. I think this is for Halloween, a treat from Yahoo!.

Build an army of zombies and battle other players to claim your territories. ShamblingHordes is a game between two players that takes place on a map of countries. Each player has a home base where they can produce a number of zombies to form a team in each round. The more zombies a player produces, the more territory they control.

Players can challenge each other for control of a territory through battle, in which each player distributes a number of zombies across a set of locations. A player wins a location by having the most zombies at that location and wins a battle by winning a majority of the locations. There is no random chance at all in the outcome; ShamblingHordes is completely a game of skill.

The game is complicated by rivers, and attacking across a river provides some advantage to the defender in the form of more armies to distribute across battles. 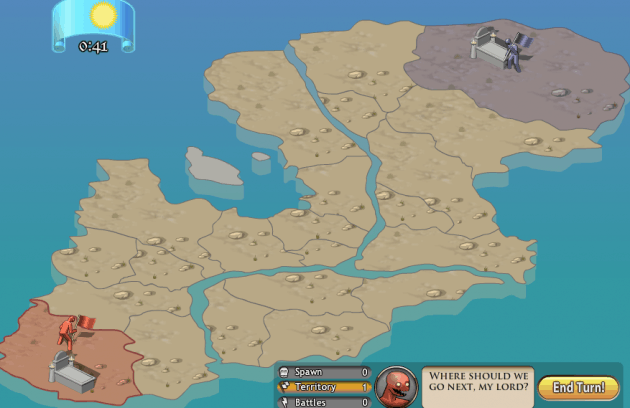 You can try Shambling Hordes game using this link.

Other Interesting Articles From Yahoo