Earlier this year, Google stunned many parties when they rolled out a series of penalties against paid links. First there was the Penguin update where websites that were found to be participating in link schemes and paid links were penalized. Then, there were the ‘unnatural links warning’ that Google Webmaster Tools would provide.

For a while it seemed as if the days of paid links were well and truly numbered – but fast forward to the present day and paid links are still alive and kicking, even if they have taken a hit or two along the way.

Use At Your Own Risk 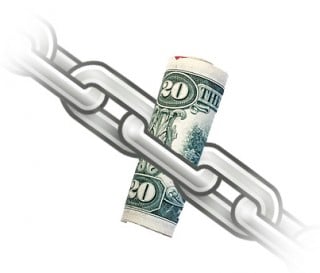 Nowadays that’s the ethos behind paying for links or participating in link schemes – do so at your own risk.

Considering the Penguin update appears to be here to stay, the fact of the matter is that using any dubious links could lead to instant de-ranking on Google. On top of that there’s the entire ‘unnatural links’ warning that could lead to other penalties too if no action is taken.

But considering the fact that people are still selling links, it seems that there’s still a market for it out there. In other words, either people are willing to shoulder the risk or they’ve found a way around it.

Some SEO services that deal with paid links have been attempting to avoid Google detecting them by utilizing various methods such as link wheels, pyramid links, and so on. Basically all of these operate on the principle that paid links can be ‘masked’ by directing them through other links instead, forming a huge link structure.

Whether or not any of these strategies are particularly effective is still debatable and tests have shown that while in some cases they appear to work, in others Google has spotted them.

“Are Paid Links Viable in the Long Term?”

Truth be told this is a loaded question. On one hand, it is unlikely that Google will find a way to completely crack down on paid links anytime in the foreseeable future but on the other hand the methods that it uses are certainly going to get more advanced as time goes by.

Frankly speaking, it is more likely that eventually Google moves to a new algorithm that simply does not place as much value in links.

As things stand however, the fact is that Google has consistently declared that any and all links should be ‘natural’. No matter how you slice or dice it, paid links go against Google’s Terms of Service and while they may not be able to compel you to avoid paid links, they are well within their rights to penalize you via your search rankings.

Right now, paid links aren’t entirely dead yet, but they are getting more and more risky. If you’re thinking about long term and sustainable search engine rankings then you may want to steer clear of them, but either way the choice is yours.