Peer To Peer is a network protocol used for downloading torrents or P2P files. P2P software allows browsers to connect with each other to search for and download content. Here  files are shared directly between network users without the assistance of a central server. 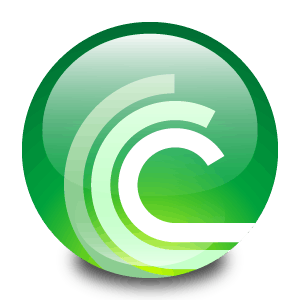 Torrent : This is a small metadata file and ends with .torrent extension. This torrent file contains all the information about the files (movies, music, games, etc) that you are downloading. When the P2P download initiates, a torrent file is sent to the computer.

Peer : A peer is another user in the network or the internet (Just like you), who is interested in downloading some files. A peer doesn’t have the complete file on his/her computer.

Seed : As the name says, a seed is the originator of the file. The seed has the complete file on his/her computer. There can be multiple seeds for a same file on the Internet. This makes the P2P sharing more useful.

Swarm : A swarm is the group of people associated with a particular file. This included seeds and peers. Together, all users sharing a torrent are called a swarm. Six peers and two seeds make a swarm of eight.

Leech : A leech is a peer who has a negative effect on the swarm because of very poor share ratio. In other words, downloading much more than they upload. Some leeches hurt the swarm to avoid uploading by using modified clients or limiting their upload speed.

Tracker : The Tracker is the server of the torrent site that monitors or tracks the progress of your download. It keeps track of which seeds and peers are in the swarm. The tracker is not directly involved in the data transfer and does not have a copy of the file.

Snubbed : An uploading client is flagged as snubbed if the downloading client has not received any data from it in over 60 seconds.

DHT : It stands for Distributed Hash Table. This table is used by tracker to compile a list of peers that host a particular file.

Usage : Yesterday, I used P2P file sharing to get a copy of God Father. I got the torrent for it easily. The tracker referred to the DHT and showed me 30 seeds and 60 peers. The entire swarm has grown very well this week.

Other Interesting Articles From Torrents