How Infosys Is Contributing To India’s Growth Story?

Infoscions, did we actually realize that Infosys, more commonly referred as IT giant in India, is a prime “Economic backbone of India” and has a veto power to move the government.

Infoscions contribute about 8.36% to the GDP of the country and 8.89% to the total tax kitty of the Indian government however this contribution is considering the cyclic effect of Infoscions spending on real estate needs and respective impact on entire GDP and tax collection as explained below. Infoscions along with their families and friends form a huge and intelligent voting block controlling around 0.55% of the country’s votes. Goes without saying, India’s biggest political elections are won or lost by a shift of 1% of the total votes. 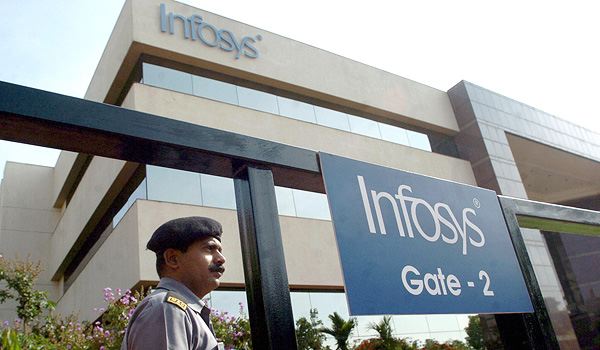 Infoscions have emerged as the new age ‘Influencers,’ playing a dominant role in the social, economic, cultural and political life of the country.

Read along for a systematic, non-exaggerated, and a clear demonstration of how Infoscions (as the Infosys employees are known) are a part of India’s growth story by all means. Also become a part of the conversation on How Infosys is contributing to India’s growth.

Infosys, an enterprise of approx. 122,468 employees, contribute 8.36% to the total GDP of India. This has been scientifically calculated as follows in terms of the real estate sector.

How does the real estate sector contribute to the entire GDP? The holistic view to understand the impact of the money flow on the GDP is to break the economic chain and see the direct and indirect contribution of the employees to the entire GDP. The best practice is to “cut” the economic cycle of the Indian economy and segregate the money contributed by the real estate industry. This can be done in two ways.

Direct contribution to GDP: This is about 5%, if we go by the economics stats. This indicates that out of the total country’s turnover, 5% is the real estate turnover.

Indirect contribution to the GDP: This is where the main catch is. The real estate money goes to multiple outlets and circulates multiple times- for e.g.

Thereby, if an Infoscion requires 100 sq ft as his commercial space, valued at Rs.4000 per square feet, on an average, in today’s pan Indian market; and another 500 sq ft for his residential requirements valued at Rs.3500 per sq ft on an average on shared basis, then the total contribution of an individual employee to the real estate is Rs.21.5 lacs and together all Infosys employees contribute 26.3K crore directly to real estate.

The amount is huge and the calculation cannot be challenged. It’s just that we are seeing for the first time a dissected view of the economic cycle, which makes us realize that we are really playing a major role in the growth of our country. This also describes why a slowdown in the IT market had shaken the Indian economy to a great extent.

Though the contribution of IT or real estate individually is not much to the GDP, but their indirect contribution is way higher and that makes Infoscions proud as they are one of the biggest contributors to the Indian GDP.

Infosys controls 0.55% of the voting rights including its own employees and their relatives. This can influence the entire polling scenario as it goes without saying- India’s biggest political elections are won or lost by a shift of 1% of the total votes.

This is again calculated systematically as follows.

Considering an average employee family size of five and about 20 kith and kin who can be influenced by an Infoscions in terms of their voting decision, 122,468 Infoscions nearly influence 30.6 lac voters which is 0.55% of the total vote bank (56 crores>).

In the year 1998, the voting shift of 0.8% effected a change in the government. Similarly, in the year 2004, a less than one percent of voting shift changed the fate of the Congress that was the party in power.

Infoscions, “Jaago re”- we have a veto power; it’s time to execute in favor of the larger cause.

The direct and indirect taxes are calculated in the form of income tax, excise, service tax, professional tax, etc. An employee’s aggregate contribution to the India’s tax collection can be worked out by taking a top down approach; considering his contribution to the GDP and reversely work out the tax to GDP ratio which is 13%, in India.

The total employees thereby contribute 68.4K crore to India’s tax money, which is 9% of the total tax money (Rs.7.7 lacs crores) collected from direct and indirect taxes. Do we Infoscions realize that the money, that is being misused at times due to the corruption in the political system, we are the ones sourcing it big time?

The above scenario clearly explains as to how the Infoscions are contributing to the Indian economy and politics of the country. We are the money generators, dear Infoscions! We should ideally stand strong to the cause of the money being inappropriately used by our politicians- because we are providing it- it’s our hard earned money- directly or indirectly. Let our hard earned money not be wasted away to meet the interest of only few in the society!

Infoscions, if you agree and/or disagree that Infosys has a bigger role to India’s growing story- write your views on Facebook – How Infosys is contributing to India’s growth.

This guest article is written by Aditya. He is actually quite shy about writing about himself. Actually he has nothing worthy enough to write; so shy may be an excuse. He blogs at Ityaadi. If you wish to write for us, kindly check this.

Aditya is actually quite shy about writing about himself. Actually he has nothing worthy enough to write; so shy may be an excuse. Still as the owner of this blog especially mailed him to jot something down at this place, he will instead request the readers who found this post interesting to go read about him him on his blog. http://ityaadi.org/about/