Google launched a music service (named Google Music India) in India to help users search for legal online streams and downloads instead of pirated and illegal downloads. This helps them to fight digital piracy, which is believed to be rampant in the nation.

Search results are streamed instantly and free of charge in a pop-up Web player. You can filter results based on singers, actors and release dates. But there is no direct option to purchase music. Songs are delivered by Google’s partners in India. 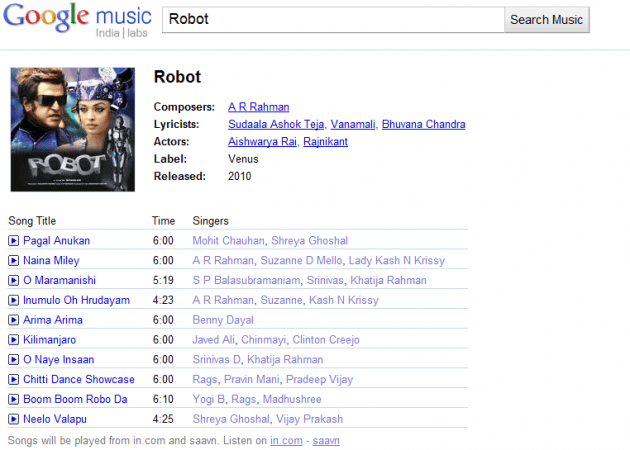 Google Music Search in the United Stats has one big disadvantage, Google only plays previews for songs and not full tracks.