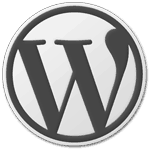 WordPress officially released the Beta 2 version of much awaited WordPress 3.0. Now you can download them and test it!

The next public build is expected to be a Release Candidate (RC) version. I hope the final version will be released very soon. Eagerly waiting for that one! 🙁

You can use Beta Tester Plugin if you want to try WP Beta versions.

WordPress 3.0 beta 2 is an unfinished product and it may contain some UI bugs or issues. It is recommended not to try WordPress 3.0 Beta 2 on your primary website.

Things to test and features of WordPress 3.0 Beta 2 :