The Case For And Against Cable Television 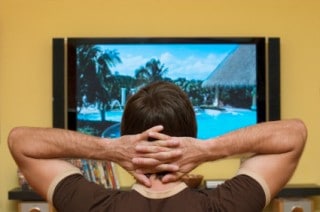 In the UK, cable television has always played second fiddle to satellite, primarily because of the ubiquity of Rupert Murdoch’s ‘Sky’ television, a service that has monopolised the premium TV market since it first launched in the country more than 20 years ago. With the arrival of ‘Virgin Media’ though, cable television is finally starting to make some waves in millions of British homes now enjoying the comparatively lower costs and more flexible interactive features that cable television has to offer.

Indeed, Virgin Media is estimated to have made a cool £3 billion in profits last year and though this can partly be attributed to their ownership of most of the countries fibre-optic lines (which allow for high-speed broadband), the hundreds of channels and bespoke ‘smart’ features imbedded in the Virgin Media TV package have really helped the company go toe-to-toe with the competition.

Below, we’ll be outlining why you should consider switching to cable TV and why you shouldn’t. We’ll be taking into account other options (from satellite to Freeview and everything in-between) and exactly what each could potentially offer. Hopefully this will allow you to make a smart and (most importantly) informed decision.

Channels – If you’re comparing cable television to satellite, the channel selection is largely identical. There are a few channels available to Sky customers that remain elusive to the cable user (‘Sky Atlantic’ being the most notable) but generally you’ll be getting all the same entertainment, music, sport and news stations. When comparing cable to Freeview however the advantages are obvious as there are literally hundreds of potential channels, many of which are available on premium package options so you only end up paying for the channels you actually watch. There are also pay-per-view channels and digital radio stations, as well as a brace of interactive ‘red button’ features.

Apps – Much as with your smartphones and tablets, the most recent Virgin Media boxes include a range of ‘apps’ that allow users to access services such as Netflix, BBC iPlayer and even Spotify and eBay through their set-top boxes. These are services that Freeview users could only dream of.

DVR – Although it is possible to purchase DVR boxes for subscription free digital services, a Virgin Media subscription comes with a Tivo box, which not only contains more free storage space than a Sky+ DVR box, but can also potentially record 3 separate channels at one time!

Reliability – Unlike a satellite or digital Freeview signal, cable is shielded from the elements as it’s buried beneath the ground, running parallel to the pavements outside our homes. Because of this, there are generally far fewer outages and Digital TV Reception Problems with cable TV than there are with any other service.

Packages – The ability to combine your broadband, television and landline bills into one, cost-effective package can be incredibly tempting and Virgin Media offers perhaps the best packages going. Sky might be able to match them on price, but when it comes to speed; only Virgin can offer broadband speeds of up to 120mbps!

Future Proofing – The majority of cable packages available today will include the capability to upgrade firmware on a regular basis so that you’re never ‘left behind’ when a new app, feature or upgrade becomes available.

Expense – It’s impossible to ignore, cable television is expensive, especially if you choose to go for a premium package. In fact, if you choose to indulge in packages that include film and sports channels, you’re likely to be spending in excess of £100 per month on your televisual entertainment. By sticking with Freeview you could be saving potentially hundreds of pounds a year and many Freeview boxes offer premium features, meaning if you’re willing to pay just a little extra, you won’t be missing out on anything but the more ‘niche’ channels.

Streaming – Netflix, LoveFilm instant and other similar services are changing the way in which we absorb our media. The monthly fees for these services are a fraction of the costs you’d be spending on a cable subscription and the fact that you can watch what you want, when you want is a massive boon, especially to those who might not have a significant amount of free time.

Space – This might seem like we’re splitting hairs here but when it comes to real estate space in your entertainment system, cable boxes are generally gargantuan compared to their satellite and Freeview competitors.

Speed – Whilst cable is more reliable than satellite television it is also slightly slower. The difference is negligible though.

Installation – Having cable television installed might (depending on your location) require an engineer to do some quite serious digging in the immediate area around your house in order for them to ‘hook up’ the cable. The install is generally included in the overall cost of your service but it can be incredibly invasive. Far more invasive than simply having a TV Aerial Engineer reconfigures your aerial’s antenna.

Ultimately it’s a decision that comes very much down to the individual user but in general, if you watch a fair amount of television on a weekly basis there are far many more sensible reasons to switch to cable than there are not to.