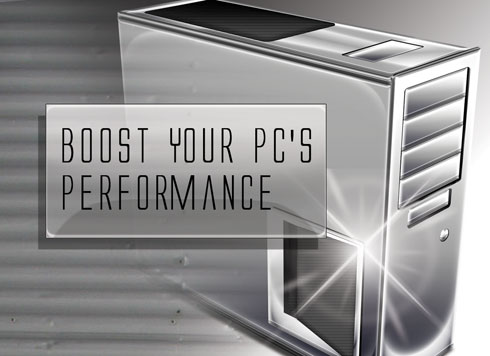 If you are using your computer regularly, then you also need to be aware of the ways to maintain your computer. Due to frequent usage, the Windows registry and the hard disk can become damaged. This can lead to slowness and sluggishness of the computer. In fact, several programs and applications may become non-functional and the overall performance of the computer can become extremely erratic. So to prevent these from happening, it is important to know a few tips and tricks that can help your computer run smoothly and uninterruptedly.

There are three in-built applications that can significantly speed up and improve the working of your computer. These are :

To access the first two, either type cleanmgr.exe and defrag.exe (only for Windows 7) in the Run box from the start menu, or follow this navigation path: Start > Programs > Accessories > System Tools > Disk Cleanup or Disk Defragmenter.

First one is a utility that will prompt the user to first scan any one of the drives. Disk Cleanup (cleanmgr.exe) is a computer maintenance utility included in Microsoft Windows designed to free up disk space on a computer’s hard drive. The utility first searches and analyzes the hard drive for files that are no longer of any use, and then removes the unnecessary files. On completing the scan, which may take quite a while if your computer is heavily loaded with data, the utility will give how many files are there exactly in the drive and will prompt the user to start cleaning the drive.

The second one on the other hand is needed to bring all the pieces and fragments of a file in one place. Disk Defragmenter is a Utility included in Microsoft Windows designed to increase access speed by rearranging files stored on a disk to occupy contiguous storage locations, a technique commonly known as defragmenting.

The purpose is to optimize the time it takes to read and write files to/from the disk by minimizing head travel time and maximizing the transfer rates. This increases disk space and also reduces the time taken by the processor to access a single destination, thereby increasing the processor’s as well as the computer’s speed.

The third utility, the registry is a massive database of information pertaining to many things, some important, some moderately important and others not-so-important. Mostly, changes made on your computer during the installations and un-installations of programs and applications are recorded in the registry entries, each of which consists of a key and a value.

The keys can get messed up due to faulty programming or bugs or viruses and even external factors like incorrect file associations and electrical surges etc. This can render the registry corrupted or non-functional, and since a lot of the registry data is required by the processors itself for the computer’s operations, a corrupt registry might spell the doom for your computer. One can solve the problems using the editor of registry, but unfortunately it is very difficult to use, unlike the other two utilities. A single mistake might prove costly.

That is why using the registry or system optimizer might be a better idea. Such software can be downloaded from the internet.

Another way of speeding up the computer is to get rid of the startup programs that hog the CPU. Although the system optimizer too can solve this issue, it can be done manually also by opening the system configuration window by typing msconfig.exe in the Run box and hitting Enter.

This guest artilce is written by Alex Trots, who also writes for pckeeper.zeobit.com, a site featuring lots of registry cleaner tips and how-to’s on disk defragmenter.

Other Interesting Articles From Desktop Apps