Hacking webcam becomes nothing nowadays. Even script kiddies can easily do it if they have some software (I don’t want to mention them here). If you are still thinking hacking webcams is possible only on movies based on hacking & computer technology, then you should smell the coffee now.

Afraid Your Web Cam Is Hacked? Then Check These 10+ Tips To Protect Your Webcam From Being Hacked

And don’t forget to install Antivirus software on your System, if you think they are expensive, you can check the Top 10 Best Free Antivirus Software For Your System. 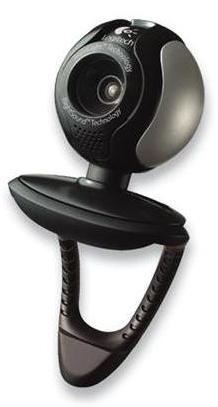 Many people still don’t believe that their web cams can be hacked. It is possible to hack or take control of your web cam without the hacker having personal contact with the system. Actually Hackers can even reach your place by that. 😐

So why the hell should they hack my webcam?

So how to know whether my webcam is hacked or not?

All webcams have at least a small light that comes ON when they are activated. They should be noticed. It means your webcam is watching you! For laptops also, there is status LED for integrated webcam.

Can I prevent those web cam hacks?

Webcams can be hijacked if you run an insecure system. Sensible use of applications will reduce the risks a lot. These are the basic steps:

A Middle-aged man from Cyprus has been arrested for hacking the webcam of a teenage girl, with the intention to take illicit and compromising pictures of the girl in her bedroom.
This Nicosia computer technician infected the girl’s computer with a Trojan to spy on her. The suspect is said to have taken pictures of the girl and threatened her with e-mailing the pictures to all of her e-mail contacts if she didn’t stand nude in front of the camera. The girl wasn’t having any of it, though, and contacted the police.

This is not the first offense of its nature. Many are adopting similar techniques. A Spanish computer science student was fined by a Spanish court for a similar offense like this.

Another one. But same intention! 😡

A 23-year old student has been caught using his hacker skills, or more specifically, installing some dodgy software applications to spy on unsuspecting women using their own webcams.

Craig Matthew Feigin is a student at the University of Florida who was known for also fixing computers if they had a problem. One woman, named Marisel Garcia, had Craig recommended to her by a friend when her laptop started playing up. He took the machine away for the night and brought it back working the next day.

Everything seemed fine, except that every time she went near her machine a little light came on and it also started using the battery a lot quicker.

She got a close friend who knew about computers to come and check it over. They found 2 extra pieces of software installed on the machine called Web Cam Spy Hacker and Log Me In. Craig had clearly been spying on Marisel without her knowledge and uploading the pictures to a remote server.

A quick trip to the authorities and Craig confessed to not only spying on Marisel, but also up to nine other women whose machines he had fixed. In Marisel’s case, he had compiled over 20,000 pictures of her in different states of dress, as well as with her friends and boyfriend.

Craig is now in custody and faces some charges coming under the Florida Statute of Offences against computer users.

Some people even use Social Engineering tactics to get the access for your webcam.

You can unplug the webcam when you are not using it or cover it with some stickers temporarily.