For independent bloggers and social media specialists wishing to grow a brand profile with a personal touch, some valuable lessons can be learned by analyzing the profiles of those that have only risen to fame over the past ten years. With the presence of independent professionals on social media growing rapidly, and topics such as health and lifestyle being commonplace for independent blogs, being unique is of utmost importance. Any research into what makes a celebrity’s social media account popular should also solely focus on those who have a license to present themselves in a certain way. For the purposes of simplicity, the following niches can be singled out as particularly good opportunities for a celebrity to develop a persona that stands out and resonates well: 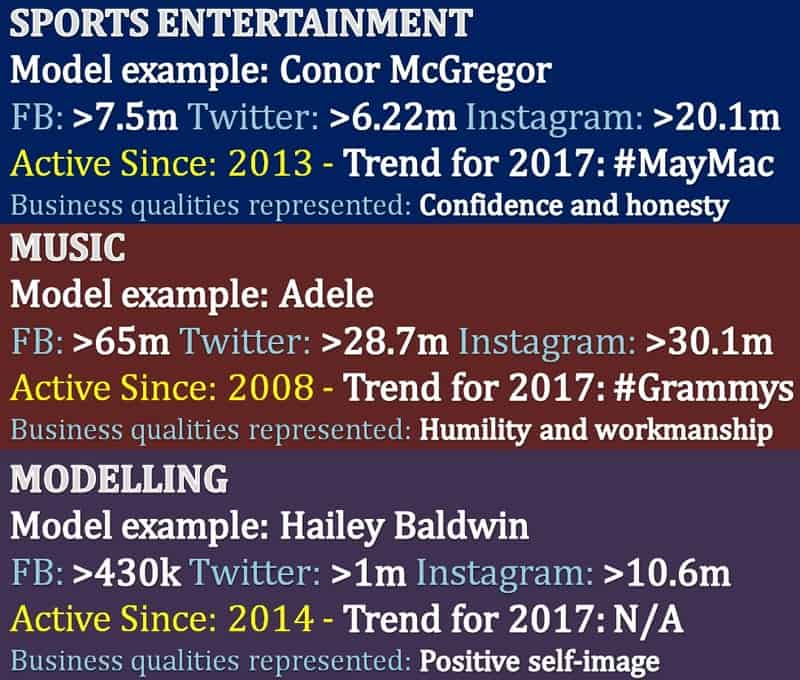 In 2017, two of the three niches areas above have seen a particular event act as a catalyst to an increase in the rate of the followers gained by the celebrity pertinent to each area. The first of these is UFC fighter Conor McGregor, whose excellent fight record – as recorded by Sherdog – fuels and justifies his brash and outspoken nature. If nothing else, it has proven to be a good foundation for great presence on social media. A recent analysis by Betway of the Dubliner’s Instagram account shows how McGregor takes on this persona, and to great success. Ever ready to present himself as an old-style gangster, or just a man who enjoys luxury yachts, he likes to appear as much of a ‘fighter’ away from the Octagon as he does it. In turn, he never fails to retain the love his ardent fans have for him, and in acting the way he does, he asserts the idea of the world being an uncompromising place fit only for the strongest. 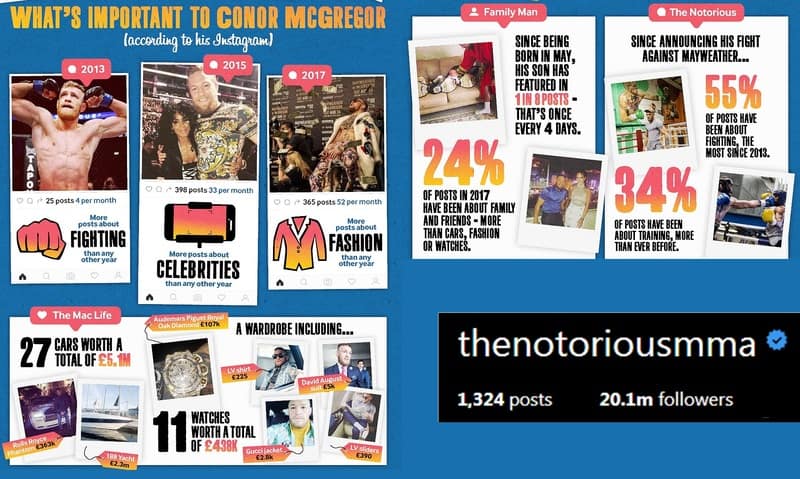 There can be no doubt that ‘uncompromising’ is a good way to describe the world in which independent professionals, such as social media consultants and bloggers, currently compete for recognition. As addressed later, positivity is crucial to follower retention, as is regularly reviewing any existing business strategy. However, the acquisition of new, meaningful followers depends on doing some things slightly differently. One good way to start is to record all achievements, share them as and when they happen, but also mix those achievements with a heavy implication that the ‘fight has only just begun’, regardless of big they are. No independent operator in the online industry is assured of a ‘happy ending’, and retaining an open narrative (like McGregor) is essential for anyone who runs a social media channel alongside a blog. As a result, people will undoubtedly want to read more about the developments that are forthcoming.

A healthy blend of humility and positive self-image is crucial

Away from McGregor’s love for tweed suits and extreme violence, independent online professionals can also learn much from another two celebrities that have once again emerged as leading lights in their respective industries this year. The social media accounts of successful people in the modeling and music industries also provide good clues as to how to attract new followers and retain existing ones. This year Hailey Baldwin topped the Maxim ‘Hot 100’ list and reached 6.3m followers on her Instagram account. With youth still on her side, she is a future-proof solution to product endorsement, and anyone operating independently should also present their own services as a future-proof solution. The first step towards doing this is finding a unique selling point and then promoting it as widely as possible amongst relevant groups, or by using networking hashtags to reach the most relevant audiences. Hailey Baldwin is also known to be the face of several companies in the health and beauty industry, which can only encourage sole traders or micro business owners to seek lucrative partnerships where possible. 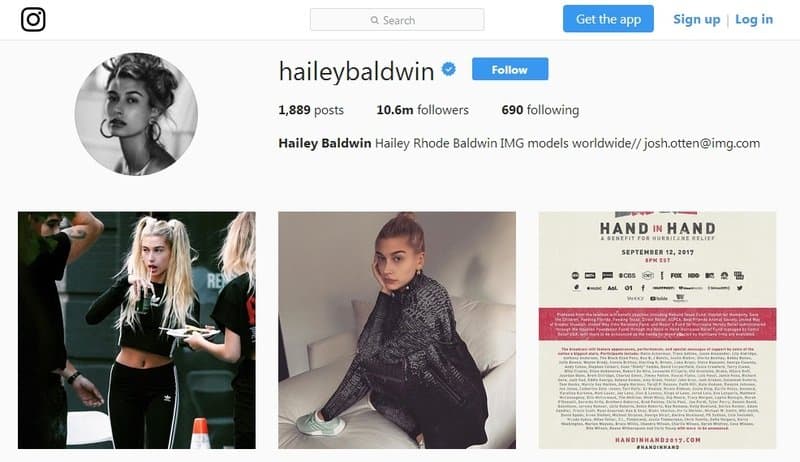 Meanwhile, Adele dominated the general field at this year’s Grammy Awards – a ceremony steeped in history which, barring anything more significant and unusual occurring on the same day, always tops the global trends table on awards night. She too projects a positive self-image, but due to her decidedly more humble roots, it is an image more based on affirmations and (as with McGregor) there is a continuous narrative of development and overcoming obstacles. For the independent online professional, every follower is a potential client – or a potential means to a new client. Therefore it is essential that an air of workmanship is projected at all times. People will always root for those that can build a company from scratch and can put a face to it, provided that the person heading the operations can do the job just as well as the bigger (and faceless) companies. While humility does not necessarily need to be a theme on an independent social media channel, it should still be exercised behind the scenes. If nothing else, knowing one’s own limitations is key to maintaining a professional image.

Although there are some tried and tested ways in which an independent professional can self-promote, successfully launching a social media channel and acquiring meaningful followers will always be very much a trial-and-error process from the outset. While external advertising campaigns can boost numbers, it is ultimately in the quality – not the quantity – of followers that really matter.