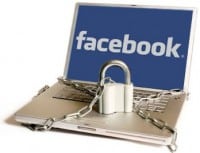 In the wake of the release of the enormously popular movie, The Social Network, a few privacy considerations have been reported in the media recently of which every user should be aware. For one, Facebook has confirmed that certain popular Facebook applications may have passed on user data to different advertisers and marketing companies. Moreover, Facebook’s new “Groups” feature presents the possibility of more privacy worries.

On Sunday October 17, the Wall Street Journal reported that all ten of Facebook’s most popular applications, including Farmville, Texas Hold ‘Em Poker, and Frontierville, had transmitted Facebook ID numbers to at least 25 advertising and data collecting companies. Many advertisers track user activity online in an effort to build Internet profiles to target potential customers.

Although it is unclear as yet if these companies are collecting ID numbers anonymously, the Facebook ID number is a component of Facebook that links the number to person’s name and any other information that the user has set to “share with everyone” such as address, phone number, and hometown. The WSJ article also noted that these apps may be transmitting ID numbers of a user’s friends as well.

If the reports that the WSJ cited are accurate, then Facebook could be violating its own rules, demonstrating the difficulty of overseeing the proper implementation of hundreds of thousands of apps, which are created by third-party software developers.

While the apps story is just now making waves, Facebook’s new “Groups” feature has also come under fire. The reincarnation of Facebook Groups now enables a Facebook user to tag and add anyone to a group, but it doesn’t enable a user to control who their friends invite to the group, leaving room for additional breaches in privacy. Like so many new Facebook features, the new Group capability is automatically turned on, and users must opt out in order to disable it.

A PC Magazine article, in addition to Facebook’s latest possible privacy infractions, lists a few other relatively recent features that caused controversy in the past year. These include Facebook Places and confusion over new Facebook privacy controls. The article highlights how important it is for Facebook users, and Internet users in general, to be aware of what information they make available online, and to know that this information can be easily leaked.

While the Internet as a whole is a terrific forum that connects people from all over the planet, the fact that cyberspace is not regulated as strictly as other facets of our lives underscores the necessity of consumer awareness.

This article is written by Alvina Lopez. She writes on the topics of Accredited Online Colleges. She welcomes your comments at her Email ID: alvina.lopez @gmail.com. If you wish to write for HBB, kindly check this.

I am Alvina Lopez, a freelance writer, writes on various topics online.