MoboLive – An Innovative Android Launcher with a Twist

Do you know the reason why thousands of users prefer Google Android to Apple iOS? Even though budget of devices and some of other aspects are there, eminent factor that attracts more users into Android is customizability, which is not offered by other platforms. When it comes to Google Android, a result of Open Source endeavours, you can alter almost everything, ranging from ROM to appearance. Since the former requires users to have a bit geeky behavior in them, majority tries to use the power of customization over appearance of their Android Smartphone. If you are also looking forward to do so, we are here with an awesome application for you – MoboLive. In this article, we will give a review of MoboLive. Before we start a detailed review, we will tell you what MoboLive is if you do not know that yet. 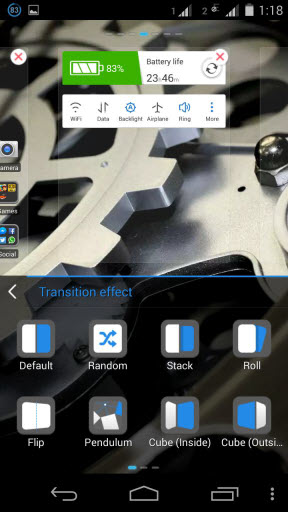 Basically, MoboLive is an Android launcher. We hope you know what an Android launcher is! However, MoboLive is a bit different when we compare it with other Android launchers available, and we think the word Android Launcher is not satisfactory to address MoboLive due to its innovativeness and richness in terms of features. In light of our experience, we would say that installing MoboLive in your device would redefine your Android, not only in looks but also in productivity. 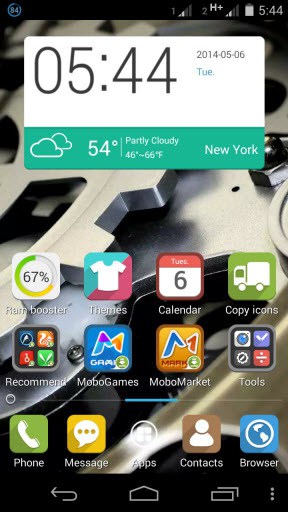 We would like to conclude that developers of MoboLive believe in power of simplicity! As of our experience with this launcher, MoboLive offers a simple yet effective user interface for all Smartphones. We tested this launcher in Moto G and it was a nice alternative for the default launcher. The launcher boasts a completely customizable home screen and app drawer, which you can add, remove or edit according to your requirement and convenience. By default, the launcher consists of a few icons and widgets in it. For instance, you can see a weather widget in the default screen of your device whereas a few shortcuts to usually accessed applications and other sections of your Smartphone, such as different kinds of settings. Also, there is an option to import icons, folders and home screen layout from the launcher you have used previously. 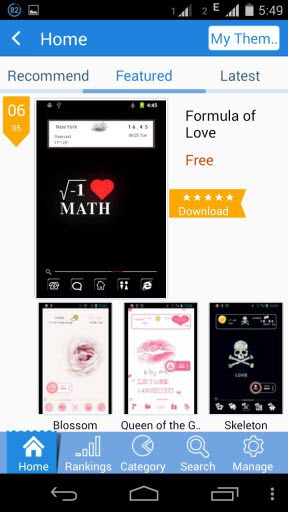 MoboLive consists of a special store, from where you can download and install themes for MoboLive launcher. In the store, you can find themes from different categories and choose the best one using different filtering methods. Since there are thousands of themes available in its market, MoboLive can assure that you will get favourite home screen for your device. By the way, if you use MoboRobo, a Smartphone management tool from same developer, you can manage MoboLive themes from your PC itself. In addition to these, MoboLive has a number of transition effects in it, which you can apply for both home screens and app drawer. Once you have set up your home screen, you can lock desktop if you would like to prevent accidental damages that may occur to that home screen.
There is another feature in MoboLive called Scene Theme Demo. To access the feature, you have to use two of your fingers to swipe down. Then, you can select the desired theme from the list and tap ‘Apply’ button. 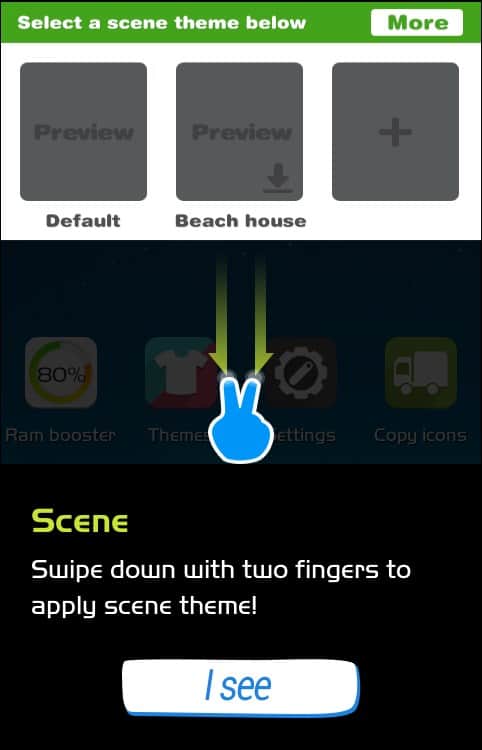 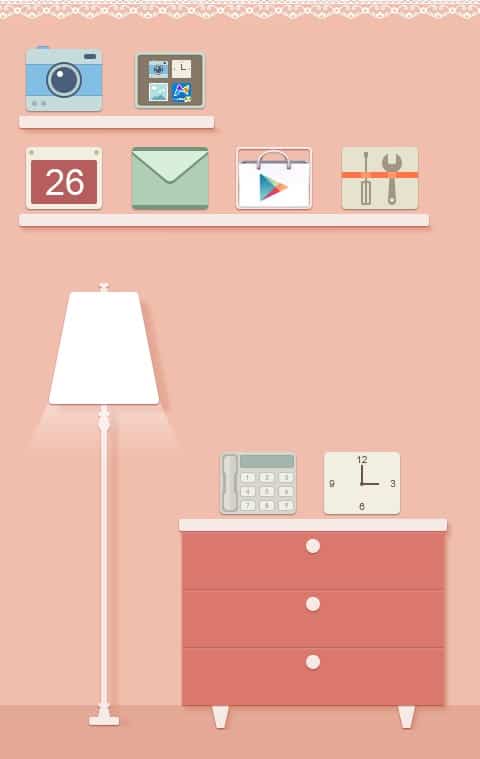 As we mentioned earlier, MoboLive consists of a few powerful widgets by default. One of such widgets is the one to manage battery of your Smartphone, which is actually a part of battery booster feature of MoboLive. Well, using this widget, you can see remaining battery life, battery percentage etc of your device. Plus, there is an integrated feature to boost battery by clearing background tasks and restraining other services/apps that cause draining of your battery even while you do nothing. 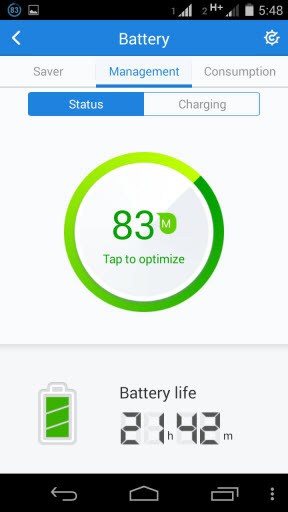 Using the battery manager, you can have an overview of device battery, set customized or preset modes in order to control battery usage, analyze battery consumption by application and hardware, to detect issues, and optimize your device to get extend battery life to maximum level.

As we said, by default MoboLive has a number of useful widgets to offer! These widgets actually make MoboLive a productive launcher rather than a home screen alternative. Widgets include weather widget, RAM booster, etc. Also, there is a memo widget as well, using which you can create memos and paste them in home screen.

If you do not want to tap that much, MoboLive offers gesture-based controlling of your Smartphone as well. Using its gesture feature, you can set trigger a number of actions for each gesture you perform. For instance, you can set up the device to show you the control panel when you swipe from top to bottom. Likewise, you can create a number of gestures using MoboLive and make Android experience easy. 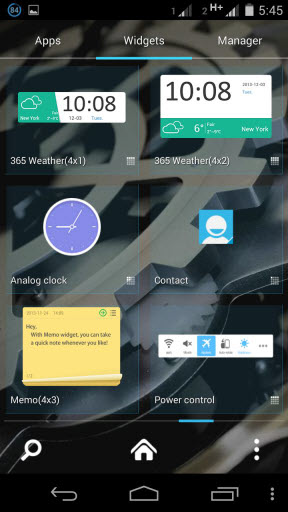 According to our experience, MoboLive is the productive at the same time attractive Android launcher each Android user has to check out. Particularly, we loved the richness in terms of transitions, exclusive widgets that make sense, gesture support, feature to import icons and layout etc. Altogether, MoboLive is a do-check android launcher if you like to customize! Download MoboLive and experience the innovative launcher.

Editorial Staff at HellBound Bloggers (HBB). We are basically a web magazine, covering various topics ranging from internet to lifestyle activities. HBB is a part of Slashsquare network.