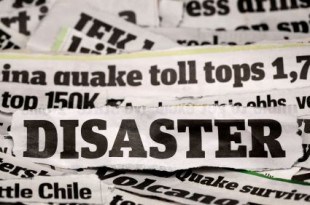 Depending on how corporate houses use it, social media can make or mar a brand. Social media such as Twitter, Facebook and YouTube have been proliferating at a frenetic pace. Negative perceptions about a brand can now spread faster than a wildfire. Corporate houses now need to be more social media savvy than ever to protect their brand. They need to be constantly on their toes to control negative publicity. Here are a few tips to make the best of social media to enhance as well as protect a brand identity.

Monitor real-time what the world talks about your brand

Given the nature of social media, corporate houses need to monitor social media sites 24X7. There are a number of tools such as Google News Alerts, CoTweet and Tweetdeck and service providers such as Radian 6 and Trackur which enable a corporate house to monitor discussions and opinions on its brand online and real-time. RSS feeds to the online publications of media houses can also provide important pointers to what is going on.

Train employees to become social media savvy. Encourage them to have accounts with social media tools like Twitter and Facebook and visit forums where people might be discussing the brand they represent. Reward them to report any issue which might prove problematic later. This minimizes the possibility of missing out on any important issue.

Respond to issues real-time and quickly

In February 2007, CEO of JetBlue Airlines used YouTube to respond to various customers’ issues and grievances. This was an excellent and the quickest way of protecting the brand identity. JetBlue had constantly monitored public opinion online on a real-time basis and acted before any issue would have threatened to go out of hand. Traditional public relation exercises like a press conference would have taken more time and negative publicity could have inflicted a lot of damage by then. What also helped was that the issue was being addressed by the CEO of JetBlue whom the people would interpret as a credible authority.

The current trends indicate that corporate houses can no longer afford to ignore the power of social media. They must quickly evolve beyond traditional PR techniques and embrace social media in order to protect and enhance their brand identity.

She is a blogger who is fond of writing on Automotive Design and most expensive gadgets. She is all into computers and in recent times she learnt a lot about software downloads and android on windows mobile.