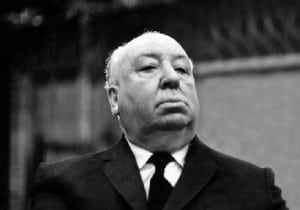 Now-deceased movie producer Alfred Hitchcock was well known for his unique theory concerning suspense and tension. This great director believed that revealing to the audience a truth that remained hidden to the characters within a play could generate an ever-mounting sense of viewer tension. You can apply the same for Website Development.

In the script for “Rope,” one of Hitchcock’s more controversial films, his theory of suspense and tension is demonstrated by an opening scene that permits the audience to observe the protagonists placing a corpse into a chest in the center of the room. From that moment forward the question is not “Will the killers get caught?” It is, “How will the killers get caught?”

Some movie critics felt that the film was short on drama – and suspense. Rather than praising the production for quality and excitement, they focused instead upon Hitchcock’s method of application. In final judgment, most critics marked Hitchcock’s approach as ineffective and even impossible to be effective.

So too can it be with the methods sometimes employed by website design teams. Rather than improving the user experience, they merely complicate the issue.

Web developers tend to enjoy pulling fancy tricks out of the programming basket. They get so pumped up on technology that they forget to focus on user expectations.

Yet serious software users are interested in production. Although bells and whistles are grand play toys, most users still use computers for practical purposes. They want applications that function quickly, efficiently and without error. They want Internet services that provide quick answers, dependable data movement and reliable information security.

For step-by-step instructions on creating a powerful software-based user experience, read the MSDN Library report, “How to Create the Best User Experience for Your Application.”

Many benefits are associated to using HTML5. The following five adaptations illustrate this package’s power toward creating a better user experience.

According to the U.S. General Services Administration, by the year 2013, mobile technology will overtake traditional computers as the primary source of Internet access. Adobe has already announced an end to mobile Flash. But that’s not really a problem. HTML5 is the most mobile ready development tool on the market. The end users may not notice the difference, but HTML5 will definitely make their Internet experience easier.

HTML5 provides local storage that behaves in a manner similar to background cookie processes mixed with a client-side database. Features include:

HTML5 is designed to be easy to read, descriptive and semantic. It benefits the programmer and the end user. Pages load quicker and with fewer possibilities of page load errors.

In the past, Flash Player and third party media players served a major role in web display and audio playback. They also forced users to learn a certain measure of technical application. HTML5 eliminates the hassle for programmers and end users. Just think: No more required Flash updates.

Nothing makes for a better user experience than a simplified UI. Useful websites require user interaction. The quicker and easier interaction functions, the more the user enjoys the procedure. HTML5 beefs up Internet processes, including the following:

This article is written by Sharon Florentine. She is a freelance writer who covers everything from data center technology to holistic veterinary care and occasionally blogs for Rackspace Hosting. If you wish to write for HBB, kindly check this.

Other Interesting Articles From Featured • Internet