We have entered a new decade and what will you imagine for the future. Getting a computer with parts that are not outdated in terms of concept is one aspect that a tech geek must be aware of.  In this article, I will keep the readers informed of what is the latest technology that you must keep your eyes peeled in order to keep abreast of the times. Due to the limit in links set by the site owner, I will only bold the names and you will need to google search yourself. 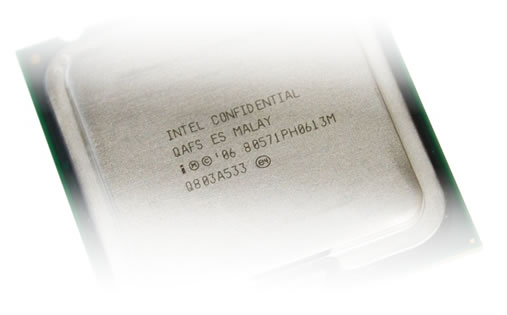 Look out for the new motherboards that come with Sata 6, also known as Sata III, which is 6 gig per second worth of data transfer.  This is more than twice the speed of what we have now, current motherboards only have Sata 2. These newer boards also have usb 3.0 ports for future devices that need ultra fast data transfer rates like terabyte drives which stands for 1000 gig per 1 tera.  One example would be ASUS P6X58D

Video chips are also following the trend of CPUs and are also moving towards multiple chips in a single package. This not only save space in the motherboard as there is no need to waste space to put extra graphic card and generating excess heat. Although, if you are planning to power up and boost your whole system, it is going to generate more heat than you are used to. It’s good to get the best 140mm fan to help your system cool off. The latest technology in graphic card concept is not only 2 chips in one card, but a mix of 2 different chips in one card. One example is the EVGA GTX275 CO-OP PhysX, this card contains a GTS250 chip and a GTX275 on a single package.  The reason for having 2 different chips is because the stronger chip will render 3D whereas the slower chip will render physX.  This will help to cut down on power usage as there is really no need for 2 powerful chips in one single package.

Ati manufacturer came up with powerful cards that use real low power.  ATI Radeon™ HD 5450, this card is able to play high end games without exceeding 20 Watts worth of power. This is one big achievement taking into consideration that high end cards would require a PSU between 450W to 650W and draws around 200 Watts.  The most amazing part of this card is that it does not require any fans and the card only contains fixed non moveable fins that resemble the stegosaurs to dissipate heat. It was able to run at 43 C under a stress test which is totally amazing.

The i series processors may sound familiar to you, seems like you have seen them on sale before.  These processors now contain a graphics chip together in the CPU.  In other words, if you have a motherboard with integrated graphics, you have 2 spare graphic cards because the CPU itself is also a graphic card.  There is no doubt that these chips will be twice as fast as the core 2 duos that we see now, what is amazing about these CPUs is that it contains a HD graphic chips that allows the user to play games that require a good graphic card. Integrated video cards these days cannot even allow you to play smoothly but the CPU’s graphic alone is able to run new games like crysis at 40 fps constantly. Put it simply, a non gamer can save money without having the need to buy a graphic card to watch a Blu-Ray disc that outputs video in HD.

SSD will be the future in hard disk standard, these drives are demons from hell and huge obvious improvements in performance will be noticeable even if you did not upgrade the CPU. These SSD drives can read at speeds of 4 meg per sec to 48 meg per sec compared to 2.2 megs per sec for the average sata drives.

Even though DDR 3 rams have already been in town for quite a while, this standard will stay for another 2 years before the arrival of DDR 4.  The advancement in ram technology would be low voltage rams. One example would be OCZ Fatal1ty Edition 6GB Low-Voltage kit.

3D movies and television screens are changing the way we define entertainment. The future will be realistic 3 dimensional images right before your very eyes even in a small screen.  iZ3D gaming monitor is one such example that will take your gaming experience to a whole new level. The game itself does not have to be 3D, it is the projection of the wave lengths of light that makes the whole image 3D. We all know that a monitor makes use of 3 colors to form up the whole display. Red, Green, Blue. The rapid changing of the wavelengths actually blurs the image if you do not put on the special specs, but when you put on the specs, the image becomes clear and has depth because the special glasses will filter the light for you.

The future is now ladies and gentlemen, I foresee a raise in trend where people actually decide to stay at home and enjoy a great movie. It is so simple to rent a disc and watch over the weekend and the best part is, in the comfort of your own home. Cable TV companies are offering HD movies in their package and that means 3D movies as well, remember the fact that what makes a movie 3D is not the disc but the TV set. Lets sit back and imagine the possibilities of 3D TVs with touch screens and video conferencing.  The era of star trek is within reach.

This article was written by Guest Author Ng Chee Sian (Shingo). He is co-author on My Blog Review and has been the co-editor of Diy Computer Repairs for the past 12 months.