Why Google’s Android Platform Is So Popular? 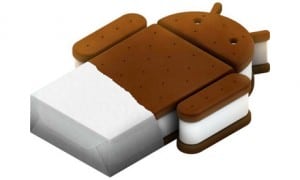 The mobile world is blooming. In fact, with the increase in demand for Smartphones, the world too has shrunk more smaller and now fits in your hand. Now, there are a variety of smartphones available in the market and they are powered by various Operating Systems. The war in Smartphone market is not only between the hardware manufacturers but also between the mobile phone operating system makers. Google Android, Microsoft, Symbian are the leading OS makers for the smartphone.

Even though there are too many competitors for the market, Google’s Android overtook every other company and now it has become the leading Operating System maker for the smartphone. It is really remarkable for a company to achieve this in a very short time. You will find it really interesting if you know what is behind the popularity of Android. This post is for the people who wish to know about Android right from the base. 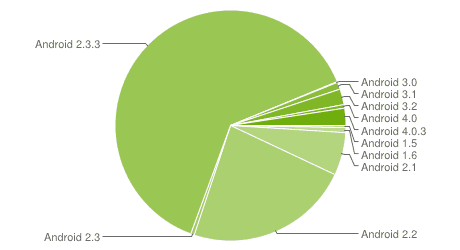 Why Android is so Popular?

1. Android is for Free

Android, right from the day it was released, choose to be free and Google will keep Android for free in future also. This caught the attention of Hardware manufacturers all over the world to bring out a low cost smartphone that will be powered by a free Operating System -Android.

Android’s popularity is mainly due to being ‘Free’. Being Free enabled Google to join hands with many leading hardware manufacturers and bring out a really ‘smart’ smartphone.

Android is Open Source too. Unlike the other mobile phone operating systems, which are protected by various laws, copyrights and what not, Google decided to keep Android open. Being Open enabled Google to allow a large pool of active programmers from all over the world to contribute their best and to enhance Android. With many intelligent brains working for the system, newer and newer ideas were generated and implemented.

3. You too can create your own app

Get the Software Development Kit for Android App Development. Letting the users to develop their own application gives the users the much needed flexibility and freedom to modify anything the manufacturers have given you and make it in the way you like.

Google distributes all the applications for the Android powered phones through its Google Play (previously Android Market). It lets the users to test, use and share a variety of applications and recommend them to the other users. There are nearly 450,000 applications available in the store. Some of these applications are available for free and some for cost.

You can have a visit to Google Play.

Advantages over the other OS

The reasons I have told above tells you why Android is different from others. Indeed not only that are enough to be a top player in the market beating a heavy competition. Android have big advantages over the other Operating System makers.

Android OS targets the common man who wish to get maximum features at a low price. Even now many people think iPhone is for rich. These common men who wish to have their own smartphones can own Android powered smartphone which comes under their budget.  Further, an iPhone without jailbreaking does not accept many SIM, whereas Android will support any SIM.

It is the biggest plus for Android. It has chosen its area of market to be targeted very well. Otherwise, Android would have been just another Google product.

According to Gartner’s Report prepared on Q3, 2011 Android holds more than 50% of the smartphone market. The other manufacturers like  BlackBerry, Apple, Symbian and Windows are far behind Android. The chart explains it well.

Who else will join the league?

A popular (perhaps very popular) social network is planning to enter into the smartphone market in association with HTC. They are planning to use a heavily modified version of Android to power their phone. It is still a Rumor and not official yet.

Summing it up, Android has taken the user experience far above what many others have thought about it. It is still young and ever growing. You can get synchronized with it!

If you wish to discuss more about Android please post your queries and suggestions in the Comments Section below. Wish to hear from you on how the article is.

I'm a student, daydreamer, wonna be entrepreneur, writer and blogger @ SparkWiz. I love Internet, Computers, Blogging Photography and a lot of stuff. Catch me in my blog! :-) Have a nice day!