Earlier we shared how to translate your blog into another language instantly and how we are back with similar tip. You won’t be able to translate multiple languages instantly using Google Translate, now we’ll share another useful tool for doing so. Below you can see the screenshot, I used the sentence “I love you baby” and the different translated languages. 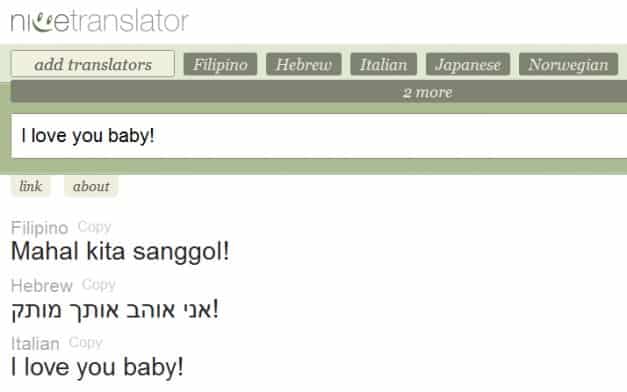 Nice Translator has 34 different languages and they are using the same Google API. We can’t entirely depend on this, it may also have some bugs.

Other Interesting Articles From Websites

Check How Your Website/Blog Looks On The iPhone