Over Optimization – A Fight Not Against Spam But Against Perception 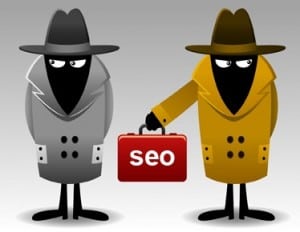 So the great battle begins. Google is up in arm against saving the humankind from the unscrupulous activities of some bad guys masquerading as SEO professionals and it has got a new ammunition, more powerful than the last Panda update. It can drag you down to earth at any point of time and haplessly, you will see all your hard work is going to drain.

Google Webmaster Forum is buzzing with debates raging between website owners and bionic members, who seem to be coming from an alien world where nothing wrong ever happens. People are losing their rankings, businesses are going for a toss and some are even some are facing complete deindexing. Hell! Over optimization penalty has already been rolled out and the whole SEO world is going frenzied over it. But believe me this latest update is not about deindexing or penalizing those sites that have gone too far with their SEO activities or leveling the field, it is actually about fighting against the perception that a website needs to have links, tons of links to get better ranks in Google’s SERP.

What People Think about Over Optimization?

To be honest, people are crazy these days and you cannot blame them since they are seeing their websites toned by Google, their source of revenues is drying up and there are fewer alternatives (SEOBook’s latest post might be an interesting read here).

Below are some misconceptions about the over optimization penalty that are still doing the round:

1. Links Have Lost Their Importance

Definitely, this is not the case. However, there is no denying of the fact that Google is giving less and less importance on the Links and switching to some other signals like users stay, average time on the website, social signals and a lot more. All signals are now fine-tuned to find out the best website for a given query. Links are and will always be an important factor but that does not mean, you will channelize all your effort to get as many links as possible, rather you should come up with amazing design, write compelling content, do some off line promotion and do an A/B testing in Google Adwords.

2. Keywords have Lost Their Importance

I have heard some SEO guys saying if you are targeting keywords, you are dead. Yeah, this is quite true to some extent. Keywords stuffing can land you on troubled water and you might see a massive fall in ranking. Do not use keywords insanely, rather focus on the brand image of your website and use them whenever they feel and fit good. No need to force them, place them whenever they feel good and you are happy.

This is the new catchword for all SEO guys who have lost the ranks of their website in one way or the other, or whose website has seen a drastic fall from favor from Google. All they have to blame the negative SEO, a new myth designed to pass the ball to competitors. They are shouting like this – I am not building these links. You know it is my competitors who have built to get my website scrapped by Google. Believe me; I am not lying. Negative SEO is a myth. Stop whining like a little brat who has caught doing something wrong. Since there is tough time ahead, I do not think your competitors will have enough time in hands to spend their resources just to get your website banned by Google.

What Google Thinks About Over Optimization?

This is the most interesting part of the whole story. I do not think Google has launched a holy war against sites that are spamming heavily or trying to give not-so-smart people their share of web presence (which is long overdue). Nope, rather Google is trying very hard to change the perception of people about SEO. It tries to make people aware that search engine optimization is not just about getting links, tons of them by doing something that hurts users’ experience and that does not add value to the website as a whole. And I must say, Google has done a considerably great job. They have made bad guys terrified and good guys are coming back to the limelight and thanks heaven, those days of $200 is coming to an end. However, there are some hiccups along the way. SEER Interactive found them out of the whole game, but they have bounced back and this time, quite strongly. Since Google is still fine-tuning the algo, it is quite expected that there will be some bumps along the way. This over optimization thing may or may not bore well for your website or your career, but you can be sure of one thing – days of cheap SEO are coming to end and hopefully, we will see its end soon enough.

Michael Evans is an organic web strategist, content writer and passion blogger. Currently he is associated with Site2You and occassionally contributes to 3Leaps & WebsiteDesign.