Mobile Technology’s Old Wives Tales: When to Worry & When to Laugh

While most old wives’ tales surrounding mobile phones are myths, some tall tales are based in truth. Here are the popular tales circulating today and which ones are true. 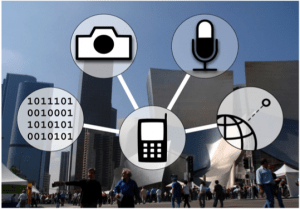 Why anyone would still believe this old lie is surprising: many foreign airlines even allow in-flight phone calls already. The United States and the Federal Aviation Administration are dragging their feet on this ruling because of pressure from the airlines to keep flights quiet. Imagine if 300 passengers were talking and laughing on your next nine-hour flight.

However, Virgin Atlantic allows calls on their flight from New York City to London, and passengers have reported that they rarely hear calls. It turns out that people want the ability to make calls, but often want to rest and relax during flights. Merely being allowed to text and play on social sites soothes most passengers down so that they can enjoy the flight.

Yet in the USA, the FAA is still threatening passengers who are reported by flight attendants for calling midflight. A video went viral after a woman recorded a flock of black birds being sucked into the engine of her plane: that woman was contacted by the FAA for violating the no cell policy after the FAA saw the video on CNN. However, formal charges were not filed because the FAA couldn’t prove whether her device was on flight mode or not.

Regardless of the sticky position of US airlines and the FAA, it is in fact safe to talk on your phone during flights. Some reports indicate that cellular activity during take-off and landing can interfere, but in-flight mobile phone use is safe.

While older analogue cellular phones did interfere with medical equipment (in a Dutch study 50 of 68 medical devices was negatively affected by the presence of a phone), newer versions, such as Android Jelly Bean and the latest T-Mobile cell phones, are safe. Phones made since 2002 are safer for usage within hospitals and around people who have pacemakers, heart monitors, and other medical devices.

Pre-2002, analogue phones were noted for turning off critical care ventilators, stopping pacemakers that lead to deaths, and for interfering with other aspects of hospital safety. Changes have not only been made to cellular devices: hospital equipment has also evolved to safeguard against harmful transmissions and electromagnetic waves.

In the UK cell phone bans in hospitals have been lifted, but in the USA 48% of hospitals still restrict the use of your Android phone in certain units, and 12% of those ban cellular phones in all patient care areas. This means that phone wielders should check each hospital’s rules before assuming it’s okay to place a call from within the hospital.

According to the National Cancer Institute, while cellular phones do emit radio frequency energy, there is no proof that they cause brain cancer. However, there are many things a cell phone user should consider before clocking three-hour calls on a regular basis.

People who talk on their Android mobile phone for more than 50 minutes have shown signs of the brain metabolizing more glucose on the phone side than on the far side of the head. What does that mean? Researchers do not have definitive proof that it is a bad thing (or good), but the change in glucose metabolization is being noted and observed long term in several studies.

Radio frequency energy causes heating (observed in your microwave oven). However, the minor increase in heat around the cellular phone is not significant enough for the body’s heat to increase. Furthermore, ionizing radiation is different from that of cell phones, microwaves, and flying on airplanes (which are non-ionizing forms of radiation). While ionizing radiation does cause cancer, there is no proof that non-ionizing radiation has negative effects on the body.

When you read various studies online, keep the laws of scientific studies in mind: studies must be unbiased, controlled, produce empirical results that can be repeated, and have stable variables. With cell phones, almost every study has been conducted with different phones, different groups of people, and many have admitted biased findings. For all of those reasons, it is important to get your information from trusted sources like the National Cancer Institute.

Everyone knows that countless car accidents are caused each year by drivers who are texting or talking while operating their vehicle. However, it’s not the cell phone that killed your neighbor’s sister, or your teacher’s aunt. People are dying on the roads because of other people: it would be irresponsible to blame an inanimate object for a personal choice.
The statistics shouldn’t be ignored: 6,000 people die each year, and 500,000 are injured because of distracted driving. Rather than blame our cell phones, we should take a look at ourselves and change our habits. Leading causes for deaths include texting, adjusting GPS devices, and applying makeup.

Just talking on your Android phone can reduce reaction time to that of a 70-year-old, and impair judgment. The average driver responds more quickly while inebriated than when having an intense conversation, so important calls should be delayed until the car is stopped. Android games are also reasonable for these incidents, people are so much addicted, they often visit Google Play Games for downloading new games.

The next time a text chimes while you are behind the wheel, consider pulling over before reading it, or ignore it. Have you ever received a text message that you would literally die to read?

While it’s usually safe to assume old wives’ tales are false, in some cases they do prove true. For that reason, it’s always a good idea to do a little research rather than making assumptions that could negatively affect your health, and the safety of those around you.

This article was written by Ella Mason. She an experienced freelance writer. Ella specializes in providing engaging and effective technology advice for all users.

An experienced freelance writer, who focuses on providing engaging and effective information on a wide variety of topics.

Other Interesting Articles From Mobiles