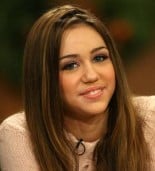 There is no Pop Diva that Microsoft doesn’t want to hire. Now Microsoft is buying pop stars to promote its events and products. This is not a new thing since Microsoft had hired Katy Perry, Kelly Clarkson, Sylvie Van Der Vaart, and many others. This time, Microsoft makes a deal with Miley Cyrus. She is believed to be one of many celebrities Microsoft has recruited to promote the new retail shops, Xbox Kinect and Windows Phone 7

Miley Ray Cyrus is an American actress and pop singer. She achieved wide fame for her role as Miley Stewart/Hannah Montana on the Disney Channel sitcom Hannah Montana.