Facebook is one of the biggest and most powerful social media platforms with more than 2 billion users worldwide. According to data released by Facebook in 2018, there were over 2.13 billion monthly active Facebook users in 2017 – up 14% year-on-year.

While many of us use this site daily, Facebook has been rocked by its handling of users’ private data. The recent Facebook data scandal is causing people worldwide to re-evaluate the safety of being on such as a platform. The privacy scandal is being viewed as an indication our online data isn’t safe. With the #Delete Facebook hashtag trending shortly after the news broke, the popular site is in trouble. 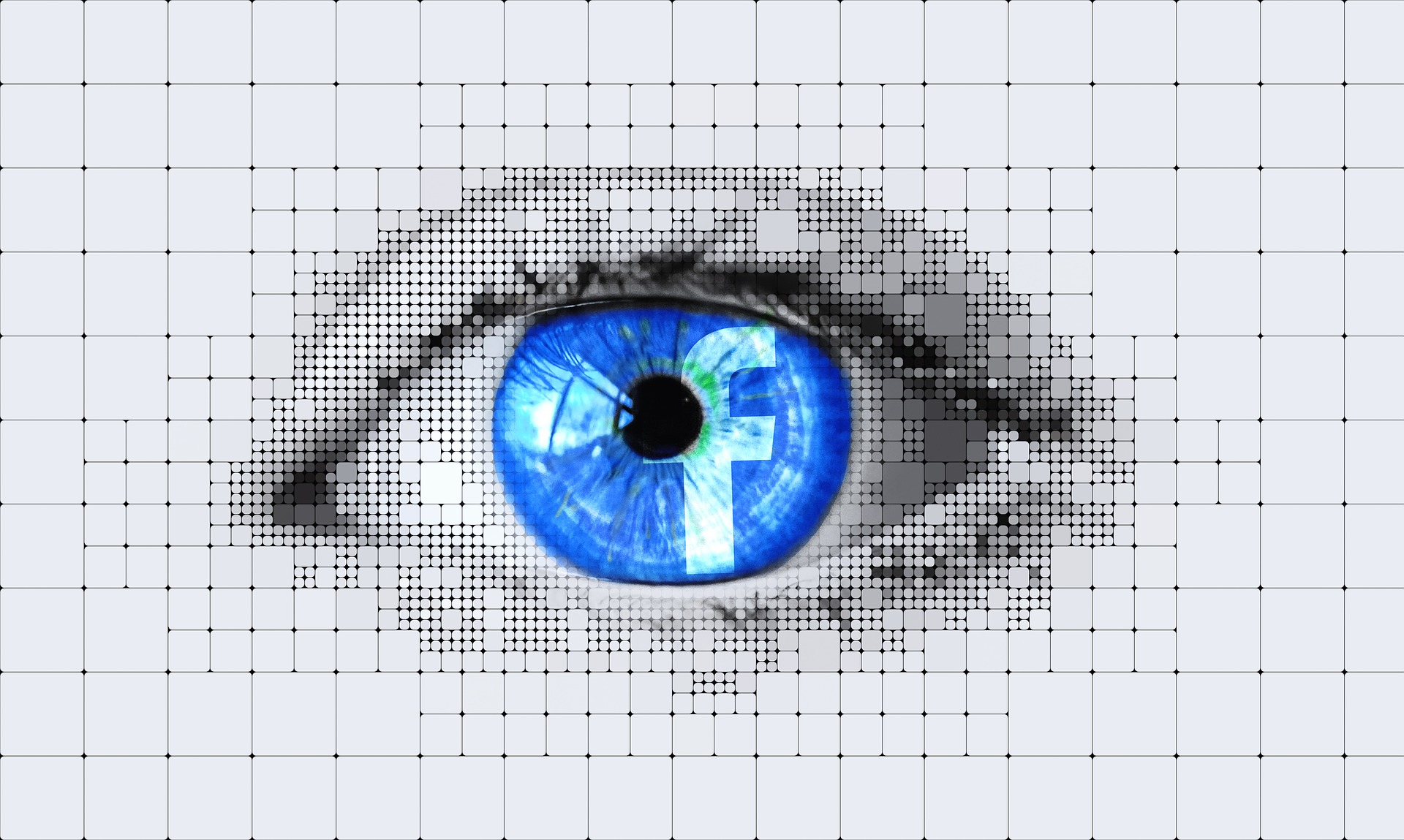 But, how Facebook handled this scandal is interesting. Whenever one of the world’s biggest companies faces a crisis, it’s worth looking at how they handle it. As most of these companies have a team of experts on hand to lessen the impact, these can be great learning experiences for businesses of all sizes. This week, I’m looking at what happened and what you can learn from this.

Before you can understand how to learn from this scandal, it’s important to fully understand what happened. Despite constant media coverage, some of us are still in the dark as to what really happened because of one simple reason – it’s a complicated matter.

Facebook is facing investigations after revelations that the data of 50 million users were improperly harvested by an analytics firm, Cambridge Analytica, used by Donald Trump’s campaign. The most serious is one by the US Federal Trade Commission, which settled a similar privacy complaint with Facebook in 2011. The FTC is looking into whether Facebook violated its 2011 settlement by allowing the misuse of user data collected for academic research. Facebook could be liable for hefty fines if it is found to have broken its agreement with the FTC. Cambridge Analytica, the British firm employed by the Trump campaign, said it deleted the data when it realised it had been collected in violation of Facebook’s terms of service. Facebook has suspended the firm, has apologized, and is investigating whether or not the data was deleted.

There are more details to this case that are still to be understood, but it is obvious that Facebook’s standing is not in great shape. Their response was vital to the company’s future, so it was important it was well handled.

Understandably, the media interest in this story was huge. With Facebook such a popular and well-used site, everybody wanted to know what had happened, why and what the ramifications were. Facebook faced mounting pressure to respond and provide answers.

It took Facebook founder and CEO Mark Zuckerburg several days to respond, and when he did it was in his own blog. Outlining a series of events from 2007 to present day, he explained what happened. This post included information about previous steps the company had taken in 2014 to prevent similar situations, as well as mentioning new updates on the horizon designed to give users more transparency about how their data is collected and used.
A few days later, Zuckerberg published full-page ads in multiple national newspapers. These were reiterating some of what was included in his Facebook message and prominently stating: “We have a responsibility to protect your information. If we can’t, we don’t deserve it.”

What your company can learn from this

Looking to Facebook’s current position and problems, there are several lessons by saad raja to be learnt here and steps you can take to ensure your company handles the situation better should something similar happen to you.

Respond quickly: One of Facebook’s biggest mistakes was waiting several days before responding officially to news of the scandal. His Facebook blogpost took several days and his full-page ad came over a week after initial news of the scandal broke. While they were perhaps the recommended steps to take, their delay left more time for the public and press to doubt, question and vilify the company.

If you face a scandal, the speed at which you respond can make – or break – your chances of recovery. If you can’t get ahead of a PR scandal or a bit of bad news about your company, you better be sure you act fast in response to it. The longer your customers, stakeholders and the public spend thinking about the situation, the more time they’ll have to form opinions about what happened, and why. Even if you’re missing some of the details, you need to make a statement to show that you are taking action – even if it’s to say you’re investigating or looking into it.
The sooner you can get your voice out there, the sooner you’ll be able to reframe the scandal in your narrative. Don’t let others – whether this is the media or your competition – dictate how the story plays out. It is best to dedicate a team of staff to handle this situation. Make sure that they know the company’s stance and are well-equipped to deal with any problems. With scandals, speed is key.

Admit fault: Mark Zuckerberg did a great job of providing details regarding the incident in his blog post. Notably, his post did point blame at other companies. Perhaps rightfully, most of his post was spent discussing how the researcher and Cambridge Analytica were to blame for the incident. Facebook made the mistake of blaming others rather than taking responsibility but did say at the end of the post – albeit in a general sense rather than specifically “I started Facebook, and at the end of the day I’m responsible for what happens on our platform.”

Admitting fault is vital if you want your statement to be taken seriously, and it’s important to outline what you will do to prevent the problem from happening again. Zuckerberg did an excellent job of outlining this in his post. Customers want to know why this happened as well as how. As Facebook’s scandal involved secrecy in the company’s operations, it was important that their response was as transparent as possible. Letting your clients know the full details of what happened and how you plan to move on from this is a great step towards recovering from the scandal. It is, in fact, the vital first step I recommend in the wake of a scandal.

It is also important to note that this apology came from Zuckerburg. As the recognizable figurehead of the company, the message felt more genuine coming from the top rather than Facebook – a faceless company. Whether your company has a figurehead or not, make sure the message comes from the top and – if possible – an individual.

Offer transparency: Trust in corporations is at an all-time low. What once worked in marketing and apologies won’t work now. With the rise of the Internet, customers are more able to find out more about your company and can easily find people online who share negative views about your business. Businesses are no longer all-powerful and unquestionable conglomerates.

Offering transparency is a gesture of good faith to your audience, building their trust in your organization. If you are withholding details – or even just being perceived as withholding details – you can lose even more of your customers’ trust. In the worst cases, it can even be a death sentence for your brand.

The truth is fully required in a crisis. If you delay the truth or don’t give out all the information, you are prolonging the scandal. You leave yourself vulnerable to more attacks on your business as the truth slowly comes out, so its best just to get it out there soon. Even if you look bad because of it, it’s almost always better to be honest.

Be proactive: If you know a scandal is going to break, try to get ahead of it. Announcing a PR crisis before it hits mainstream headlines gives you the chance to control the message, and set the tone. By the time Facebook talked about it, sensationalist headlines and social chatter had already made Facebook out to be the bad guy in the situation.

While it may seem scary to announce your own problems, it allows you to remain in control and show your customers that you are a transparent company who are willing to accept fault for their situation. This allows you to respond quickly and clearly admit fault. If you’re able to, being proactive about a scandal may be your best option.

Apologise: This is the most important action you can take. Offering a sincere apology, and telling customers how you failed them is a gesture of humility, and is often the first step to restoring trust. While Zuckerberg did a good job of telling users how Facebook failed them, Zuckerberg did not issue a direct apology in his post, which several users pointed out in the comments section of it.Saying sorry speaks volumes about your customers. But more importantly, the lack of an apology can be so much louder. If you are hoping to keep your customers on the side and recover in the future, apologizing is vital. You can’t get out of it –apologise quickly and sincerely.

A scandal like this one is a learning experience for all companies. Regardless of how you feel about Facebook or the state of modern online user privacy, this is a classic example of a PR disaster and brand management in action.
While it’s true that most of us won’t face a problem of this magnitude that affects such a large audience, it’s great to note how those at the top are handling situations. By looking at the strengths and weaknesses of how Facebook handled their situation, you can learn what to do and what not to do, should the worst happen to you. You can also plan for how to manage a crisis, so you’re one step ahead.