Business And Personal Reinvention In The Digital Age

Ever since the advent of the World Wide Web and the new cloud computing paradigm, the world of information technology (IT) has been at the forefront of global business. The current estimate of the revenue generated by the worldwide IT industry is approximately $1.4 trillion, up from $1 billion ten years ago. As a result of this skyrocketing growth, many tech giants are incredibly profitable and therefore closely watched by financial analysts. 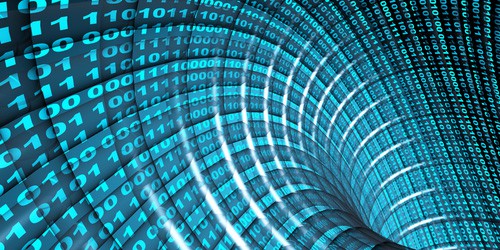 The IT world has generated a new kind of business leader. In the past, financial news media outlets used to focus on the captains of industry such as J.P. Morgan and John D. Rockefeller. Then came the wizards of Wall Street and investment banking, who were often called masters of the universe, to wit: Warren Buffett, George W. Romney, Hank Paulson, and others; then came the era of great tech CEOs such as Steve Jobs, Bill Gates, Larry Ellison, Carly Fiorina, etc. As in previous times, a certain cult of personality has come to surround tech CEOs who can not only innovate and develop but also envision and reinvent.

Success in Silicon Valley requires more than just great ideas; great leadership is also a major factor. Tech CEOs are often called in to revitalize companies, and sometimes they must reinvent themselves in the process. Such is the case of Charles Phillips, a former director and co-president of software giant Oracle. Mr. Phillips has also served in executive positions at investment banking firm Morgan Stanley and Viacom.

Mr. Phillips is a former Marine Corps artillery officer whose early business career consisted of stints in financial firms and technology companies. While at Morgan Stanley, one of his responsibilities was to follow and analyze the burgeoning field of enterprise software solutions. His numerous contacts during this time led him to land an important position at Oracle after being invited by founder Larry Ellison. From 2003 top 2010, Mr. Phillips was instrumental in the global expansion of Oracle through strategic acquisitions of companies such as PeopleSoft and Siebel Systems.

Inasmuch as the tech industry calls for continuous innovation, some leading companies find it difficult to reinvent themselves. For this reason, they often rely on tech CEOs who can turn a company around by means of complete renovation. Take, for example, the online social network MySpace, which started as an Internet platform for independent musicians before becoming the Facebook of its era and later fading into oblivion. The current version of MySpace is actually closer to its original music roots, but it required a complete reinvention. The same can be said of other tech giants such as IBM and even Apple, but not all companies will experience this level of renovation success; in this regard, Polaroid comes to mind as a brand that has not been able to successfully reinvent itself.