HOW TO: Boost Traffic To Your Site With Viral Videos

A viral video is quite simply a unique video that seemingly becomes the latest overnight Internet sensation thanks to open sharing between Internet users via media sharing websites like blogs and social networks such as Facebook and Twitter. In other words, anything that Netizens freely and enthusiastically share among each other is termed “viral” as there is no stopping the mechanism of passing on information once it is set in motion.

By creating a viral video, you are essentially creating legions of fans for your web site and if you’re really smart about it, you could even earn some money along the process. The great thing about creating a viral video is that it seems almost effortless, hardly serious and yet is powerful enough that Internet marketers preach on its potential in blogs, seminars and live talk shows. 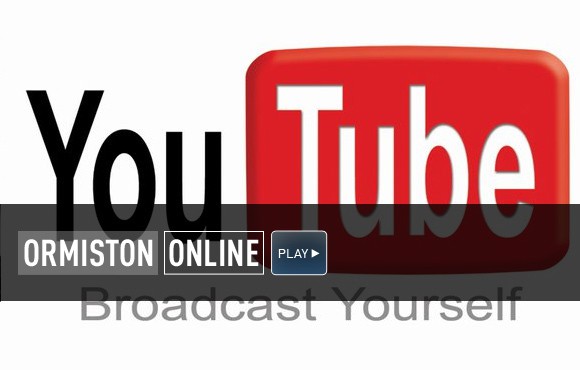 After all, it costs a company USD2.5 million to have a 30-second advertisement slot that will be viewed by over 93 million Americans during the Super Bowl. In stark contrast, your viral video costs you comparatively zero money to upload to the Internet which will also be seen by millions of viewers across the world, whenever and wherever they want to.

Being the proud owner of a popular viral video will also instantly garner you plenty of attention including the reputation of being a viral video expert. In short, if you don’t know anything about the art of viral marketing, then it is high time you learn.

How Do I Get One?

The basic goal of creating a viral video is to cause the viewer to want to voluntarily pass along news about the video to a third party. If your video is powerful enough, it is the one and only marketing tool you will ever need to promote yourself, ala Justin Bieber who was discovered on YouTube.

Top Five Tips for Creating Your Own Viral Video

Tip One: Shock Your Viewers

Create a controversial video that is hardcore enough to get everyone stunned. A good example of this would be Dove’s video campaign for natural beauty. The video titled “Dove Evolution” features a naturally pretty girl having her face touched up and Photoshoped until she looked like a super model, an ode to society’s high standards of beauty which is both disturbing yet magical.

Alternatively, you could also piggy back on existing content. Award-winning documentary filmmaker and social media consultant John Fitzgerald took three years to build-up interest in his Major League TV series titled “Playing for Peanuts”. Shortly after the DVD was released, Fitzgerald took the opportunity to launch his viral video which then triggered another wave of interest in the TV series and had fans buzzing on the Internet about the additional content.

If you haven’t found the right content that will make you famous yet, just keep trying. Consistently post up videos and you will slowly but surely gather up a ring of followers who will then spread the news whenever you have a new exciting video available on-line.

Tip Four: It’s a Clip, Not a Movie

When you’re creating and directing a viral video, you should get straight to the point as Internet users have the attention span between ten to fifteen seconds only. To keep them entertained, make sure that the voice levels are not flat and just like a music video on MTV, your viral video should also be colorful, entertaining and eye catching. When all else fails, add in elements of sexiness or an overdose of cuteness to keep people watching.

Regardless of whether you’re posting up a funny home video or if you’re reporting about Japan and its post-Tsunami updates, always record your video with the intention of adding value or knowledge to your viewers who are willing to download and view your content. Having said that, most videos that go viral are the obscenely funny ones and a good case study would be the famous the “Numa Numa” video by Gary Brolsma.

So How Does a Viral Video Help My Website?

Simply having created a popular video is not enough as the viewers interest in your video should be converted into interest in wanting to know more about your website. One of the easiest ways to have your viewer panting for more is if you create a cliff hanger at the end of your clip, which then encourages the user to visit your site to find out the ending of the video. Another good habit is to consistently ride your wave of budding popularity by constantly churning out good videos to keep your viewers entertained.

Anyone can make a video, but the key to making a good viral video is to always keep the interests of your viewers in mind. Create a short clip that people can appreciate, enjoy and pass along to others in their circles and if you are successful in doing that, then you have essentially created a viral video. Once you’ve gained the attention of the Internet community, you should then give yourself a pat on the back and proceed to planning out your next viral video.

Unfortunately, what happens to most people is that they enjoy one epic video that goes viral before disappearing into the sea of anonymity again as they take it for granted that being one of the top searches on the Internet is a permanent fixture. The good news is that as long as you keep implementing these top five tips in all of your videos, you should be able to keep a steady stream of visitors coming to your web site so good luck, get off your Captain’s Chair and start planning about your very first video debut.

This article is written by Jasmine. She is an experienced web developer and web consultant. She is also the chief editor at 100WebHosting.com – a web hosting review and resources website.

Jasmine is an experienced web consultant at 100WebHosting.com. She is the chief editor at Best Web Host – a web hosting review and resources website. Her favorite web host is iPage, check out her iPage Review to find out why. For web hosting deals, make sure you check out the website for top 10 web hosting companies.