4 People To Run A Background Check On 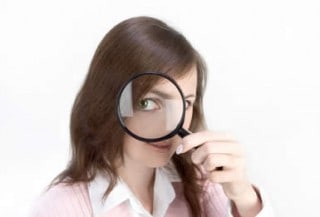 We always hear stories in the news about folks who got caught up in horrible situations because they had no idea what type of people they were getting involved with. The typical commentary usually mentions the fact that if the victim would have known what they were getting into, then the crime would have never taken place. Luckily, there is an easy way to conduct this type of research on your own—online background checks.

Lots of websites, like Instant Checkmate, provide users with access to public records, which includes details like arrests, criminal convictions, DUIs, and much more. By utilizing this tool, people can easily find out more about those close to them, or anyone who evokes a feeling of suspicion. Check out the list below of four people you should always run a background check on!

You meet new people pretty often, especially if you’ve just moved to a new place and don’t know anyone. A lot of the time, you become friends with others based on how they initially present themselves. Don’t get us wrong, making new friends is great, but the caveat in this situation is that you could easily get involved with a person (or group of people) who may have an affinity for illegal behaviour. The last thing you want is to make friends with someone who has a criminal record, because you could end up getting caught up in some dangerous situations. So, just to be safe, you should run a quick background check on your new friends in order to avoid any trouble in the long run.

In the past few months, there has been a lot of conversation on the topic of “How well you know your neighbors?” This has always been important, but the horrifying Cleveland kidnapping case brought it to national attention and it really got people thinking because, to be honest, a lot of folks really don’t have any idea who lives next door or down the street. Online background checks provide an easy way to find out more about the people living nearby, and this tool is especially valuable for families who are moving to new neighborhoods and want to make sure their children will be safe.

It’s no secret that gas prices are out of control these days. To mitigate the cost of traveling to and from work, a lot of people have joined carpool groups, which are also common among parents with children in elementary and middle school. These groups are great because parents can switch off driving, and it also provides an ideal situation for group members to socialize and get to know each other better. There are, however, a few risks involved because you never know if someone in the group has a history of driving-related offenses such as speeding tickets, or even a DUI. You could always ask, but people are usually quick to lie about these details because they don’t want anyone else to find out. The best way to get the truth is to simply run an online background check.

We all know Craigslist is awesome because you can pretty much find anything your heart desires on the site. However, we also know that Craigslist has garnered itself a pretty sketchy reputation, especially after an innocent man was murdered when he went to purchase an ATV. Turns out the murderer in that case had a serious criminal record. If the victim would have checked up on the seller, he probably would have changed his mind about going to make the deal, but no one can know for sure. This is not to say that you shouldn’t use Craigslist, you just have to be careful, and to do that, you need to know exactly who it is you’re dealing with. When you’re meeting up with someone to buy or sell a Craigslist item, you should definitely background check the person first.

Can YOU think of any other situations where background checks are useful? Let us know in the comments!